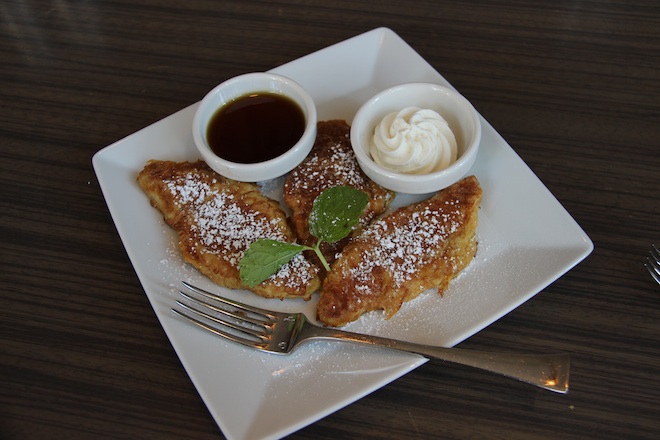 Let’s talk about leftover croissants. They’re just not the same the next day, not even after a quick toast in the oven. So turn them into something even better: this ever-so-creamy French toast from chef Marius Blin. At Beverly Hills’ Esterel, the chef (who speaks with a darling French lilt) soaks the croissants in what amounts to—get this—crème brûlée batter (!). They taste like they’ve been dipped into a Julia Child-approved amount of butter, but in fact they are fried in just a touch of vegetable oil. Serve them as Blin does every day at Esterel’s breakfast buffet, with a small pot of whipped cream and Vermont maple syrup on the side.