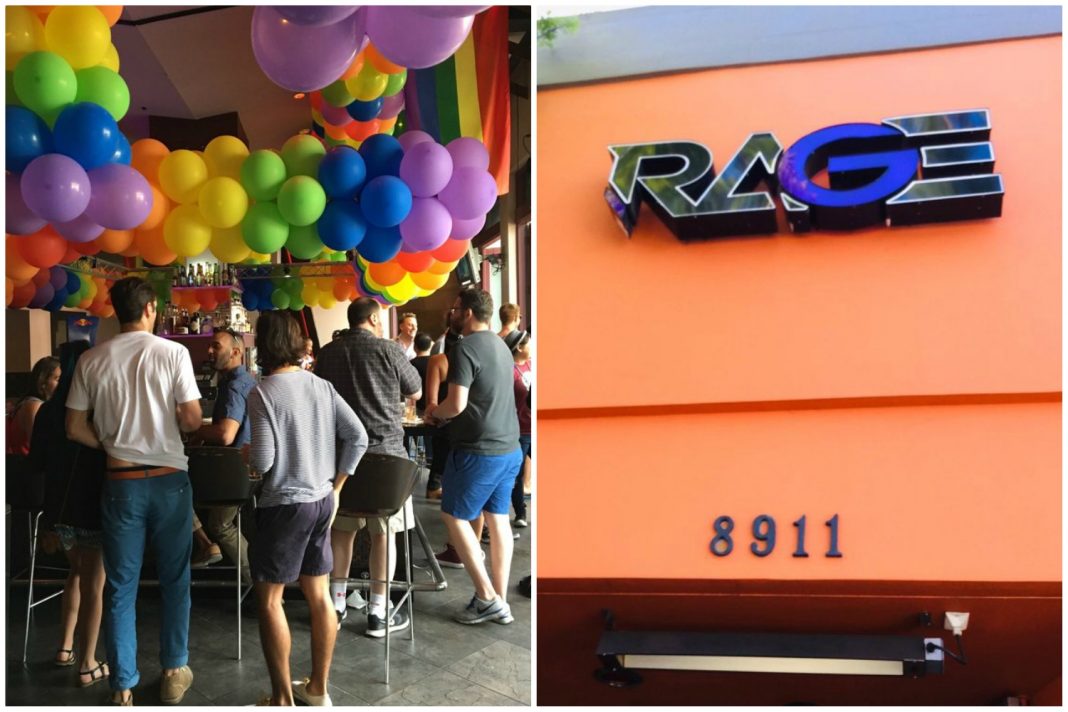 Rage nightclub has been a destination for LGBTQ+ nightlife in the bustling Santa Monica Boulevard corridor of West Hollywood for decades. Now, nearly 40 years after first opening its doors, the club has announced it has permanently closed, yet another local business to collapse amid the COVID-19 pandemic.

Rage nightclub management lays some portion of the blame on their landlord, Monte Overstreet. The club’s now-former general manager, Ron Madrill, told Q Voice News that rent for the location was already “very high” prior to operations shutting down in March. He says he believes an impasse over rent payments may have contributed to Rage’s closure.

“As we were drawing close to opening Flaming Saddles WeHo, it was revealed to us that we did not have a secure deal. That was certainly a surprise, but we went immediately into renegotiating,” WeHoVille reported owners Jacqui Squatriglia and Chris Barnes writing in a Facebook statement about their arrangements with the landlord. “Please know that we have absolutely exhausted every way possible to make a deal for our location. With the rules as they stand today there is no way we could of fulfilled our fiscal obligations that were presented to us at this location.”

Overstreet has been investing in commercial real estate since the 1980s, amassing a portfolio that includes several West Hollywood addresses. In addition to the Rage and Flaming Saddles buildings, tax records indicate he also owns 8861, 8869, 8905, and 8917  Santa Monica Boulevard.

Gym Sportsbar, another LGBTQ+-oriented establishment along the same stretch of Santa Monica Boulevard (in a building not known to be linked to Overstreet) also announced a permanent closure in July, citing the pandemic and economic fallout.

Back in April, the West Hollywood City Council established a moratorium on commercial evictions for businesses unable to pay rent due to the pandemic. That moratorium has now been extended through September 30; businesses with fewer than 20 employees will have on year from the end of the moratorium to pay the back rent on their spaces. Tenants and landlords have to negotiate the structure of their individual payment plans.

Gay venues outside of West Hollywood have also struggled to remain afloat after months of closures and an uncertain future for their businesses even as the state moves toward commercial reopening. Cuties, a coffeeshop in East Hollywood, shuttered its operation over the summer, and Club Cobra, a North Hollywood club that catered specifically to a Latino clientele, went out of business in May.