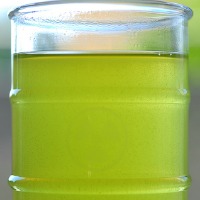 Share
Email
Facebook
Twitter
Pinterest
ReddIt
We’ve got bad news for tea fans. Huge swaths Japan’s tea making regions have been banned for export due to increased levels of radiation from the Fukushima-Daiichi power plant. They say that green tea is supposed to give you a healthy glow, but this is ridiculous. With that in mind, we complied a list of some of our other favorite dangerously delicious edibles. These foods taste so good, they’re killer.
Raw Cheese
That crunchy-looking hippy on the boardwalk may seem harmless, but the shriveled hunk of raw cheese he has in his backpack could be deadly. Though many tout its supposed health benefits, raw milk and raw cheese both have the potential to be contaminated by listeria, salmonella, and E. coli bacteria. If you’re willing to take the plunge into the unpasteurized, check out the selection at Rawsome in Venice.

Fugu
If you’ve ever watched the classic Simpson episode where Homer eats a piece of poisonous blowfish from a sushi restaurant and believes he has 24 hours left to live, then you may already be familiar with the dangers of fugu. The species of pufferfish is so poisonous that in Japan, fugu chefs are trained specially for the job and are tested before being given certificates of practice. When prepared correctly, eating the flesh causes a slight tingling sensation in the mouth due to trace amounts of poison. Legend has it that Urasawa used to import the fish for special customers, but there have been no confirmed reports as of late.

Mushrooms
It’s common knowledge, even amongst toddlers, that eating wild mushrooms is potentially deadly. Even trained experts can’t always tell if a species is poisonous by sight alone. That doesn’t stop many urban forgers across the country from gathering their own mushrooms from various damp crevices to toss into an arugula salad. We fear an increase in dead hipsters if this trend picks up. We prefer our mushrooms another way, like on Pizzeria Mozza’s funghi misti pizza, a mix of chanterelle, porcini and oyster mushrooms.

Nutmeg
A quick Youtube search for ‘smoking nutmeg’ will reveal that the spice is also known for much more sinister uses than zesting up pumpkin pie. Nutmeg is actually a mild hallucinogen that, when taken in small amounts, can produce euphoric sensations. Eating a whole nutmeg, though, can lead to nutmeg psychosis which includes feelings of impending doom, confusion, and convulsions. There are actually two known cases of death by nutmeg, one in 1908 and the other in 2001. If you’re looking for nutmeg to use in non-psychoactive applications, we recommend stopping by Silverlake’s Spice Station.

Cherries
We thought it was just a grade-school urban legend, but it turns out that cherry pits are actually poisonous. When the seeds of cherries are crushed, chewed, or even slightly injured, they produce prussic acid, also known as cyanide. So handle your pits with care! Even so, we can’t help but eat them by the handful, especially the plump yellow Rainer cherries picked up from the Hollywood Farmer’s Market.