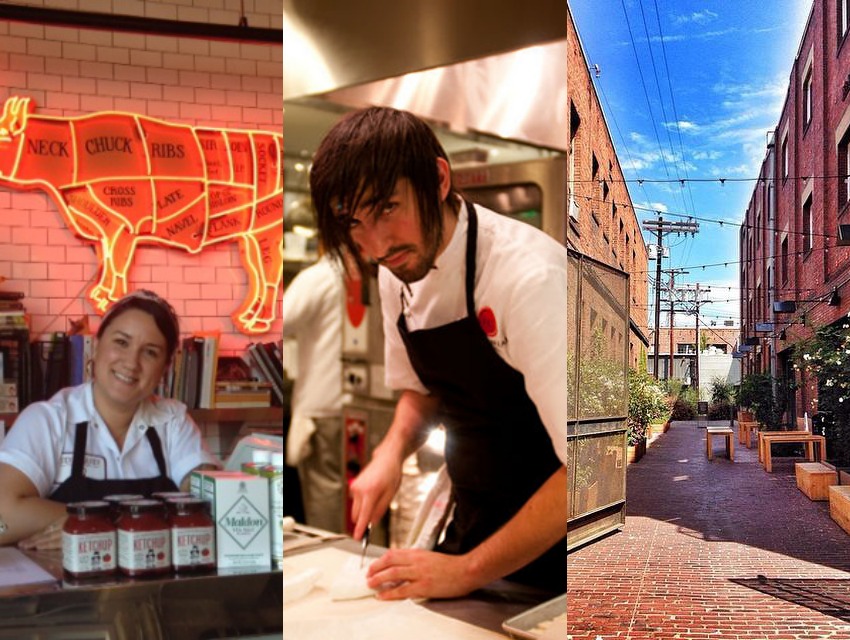 Does Newtown’s Third Law of Motion apply to restaurants too? It seems the sheer volume of restaurant openings and opening announcements that have taken place over the past few weeks is being countered by an equal and opposite sequence of high-profile closures. Some were very sudden, some have a few days left for a final visit, but we can say that all of them (well, most of them) will be missed.

Red Medicine
Chef Jordan Kahn’s Beverly Hills restaurant, which evolved from serving new-wave Vietnamese food when it opened in 2010 to serving Kahn’s ambitious “new naturalist” cuisine, is scheduled to close it’s doors by the end of October. Citing new building ownership and the accompanying overhead cost increases, Kahn and general manager Noah Ellis have accepted an offer and plan to sell the restaurant, with the last day of service taking place on Oct. 31. Red Medicine, which was roundly endorsed by L.A.’s food critics and enjoyed many fans for its late-night dinner menu that was served until 2 a.m., came in at No. 29 our 75 Best Restaurants list this year. Of all things, it may be remembered best for an incident in 2010 when Noah Ellis kicked then-Los Angeles Times critic S. Irene Virbilia out of the restaurant and posted her picture on Twitter. According to press release, Kahn plans to announce his next restaurant project in the coming months.

Lindy & Grundy
Widely touted as L.A.’s first-ever celebrity butcher shop, Lindy & Grundy has unexpectedly shuttered on Melrose. Upon inspection, the windows of the shop are covered in brown paper and the doors are locked—owners Amelia Posada and Erika Nakamura, as well as Lindy & Grundy’s PR firm, were not immediately available for comment. The closure comes in the wake of Posada and Nakamura’s personal split, which the Los Angeles Times reported on back in June. First opened in 2011, Lindy & Grundy gained a huge following of loyal fans who bought out whole slabs of local Cook’s Ranch pig and grass-fed beef. In many ways, the shop was one of the first to expose Angelenos to high-end nose-to-tail butchery on grand scale, and garnered national attention for its ebullient, knife-wielding co-owners. Future plans for the space are currently unknown.

Fifty Seven
In another surprise shutter, ambitious Arts District restaurant Fifty Seven has closed for the time being. It appears the rotating chef concept didn’t catch on as well as hoped with diners, with the space’s basement music venue adding additional confusion. According to PR sources, the closure will be temporary and the space will reopen in the near future under a new concept, though a timeframe hasn’t been given. In the mean time, current chef Joshua Drew will pursue his next venture, Cordoba in Los Feliz.