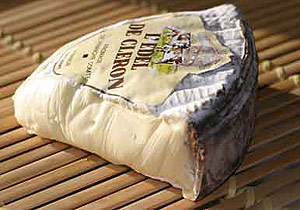 You’d think I would have smelled this one from a mile away (I’m usually way up on the cheese tip), but somehow this slipped under my nose. The Globe and Mail reports that last week, Quebec legalized raw, unpasteurized cheeses aged fewer than 60 days, which up until now have been illegal throughout North America. (Though, if you know the right people…).

Anyone who has ever munched a drippy wheel of Camembert in France and wondered, “Why doesn’t it taste this good at home?!”—this is why. Pasteurization and aging kills certain microbes that, well, taste good! Apparently, they are also believed to be harmful. “Pshaw!” I say, as do many others. Of course, there’s no telling if this will be a trend that makes it outside of French-speaking Canada. The Globe and Mail says the move has already created quite a rift between the French and English speaking Canadian cheese world. (Which, I suspect, made for quite a party when you got them together).

Even so, the East Coasters at Serious Eats already have plans for a duffel bag field trip across the border. Me, I’m headed to Mexico this weekend. I’ll be bringing back…why, nothing… Nothing at all…

In other dairy-related news, Andrew’s Cheese Shop opens on Montana avenue on Friday. Andrew Steiner, Patina’s ex-fromager and former GM at the Foundry, is behind the new spot, which will be offering 200+ artisanal cheeses, plus fondue, grilled cheese sandwiches, fresh mozzarella made in-house by Tommy Pollio, cheese classes, tastings, and more.