Home Uncategorized Q&A: Victor Drai on Rare, and How He Likes His Meat 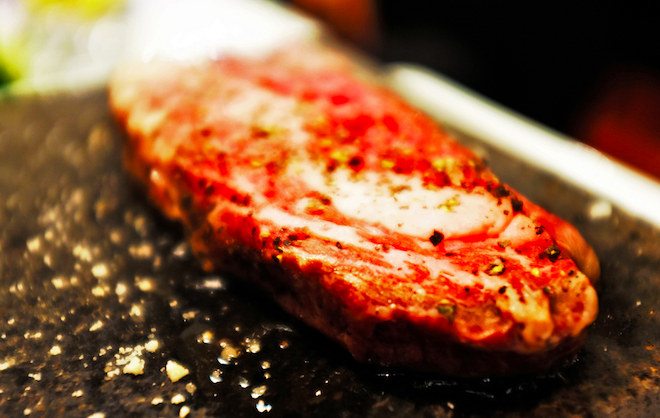 Victor Drai is a living legend in the nightclub circuit. And though he still operates successful clubs in Las Vegas, he closed his signature club, Drai’s at the W Hollywood, last year. This year, Victor Drai is back on the scene in L.A. with—not another club—but a restaurant. It’s been 20 years since Mr. Drai opened his first eponymous restaurant in Hollywood. To celebrate, he’s opened Rare by Drai’s, a steak house. Now that it’s up and running, Victor Drai spent a few minutes chatting with us about the business of meat.

How’s it going?
Great, great. We haven’t done any advertising. We haven’t wanted to do anything big for the opening so that we could build momentum slowly, and it’s already packed. Every night, it’s been packed.

Why did you decide to get back into the restaurant business?
It’s my first love. It’s been 20 years since I opened a restaurant in L.A. and I was feeling nostagic. I wanted to have a restaurant again, and I wanted it to be done my way.

Why a steak house?
For me, for the kind of food that I like, it’s easiest for me to call it a steak house. I like simple food, fresh, clean. I like the simplicity of a steak house.

What do you order when you go to a steak house?
When I go to Rare, I order the pepper steak. It’s made with a filet, but it’s really the sauce that I love. When I go to any other steak house, I order a ribeye. With French fries—just plain French fries. No truffle oil, no fancy spices.

How do you like your meat cooked?
Medium-rare. Emphasis on rare.