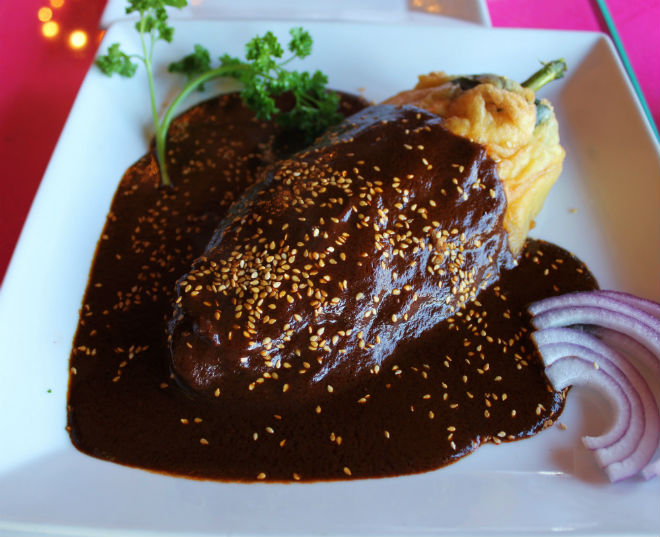 Chefs Ramiro Arvizu and Jaime Martin del Campo gifted L.A. with the food that they remembered eating at their grandmothers’ table when they opened La Casita Mexicana in Bell over a decade ago. Now, they’re onto the next thing. While del Campo was traveling in Jalisco for work, I caught up with Arvizu to preview and discuss his forthcoming restaurant, Mexicano, which is set to open this July.

Mexicano will be an exploration of the men themselves, their travels throughout Mexico, and their own personal style. They talk of playful dishes like enchiladas veracruzanas, an original spin on pescado veracruzano, a famous dish of red snapper in a rich, spicy stew of tomatoes, peppers, capers and green olives repackaged in an enchilada. Masters of the chile relleno, Arvizu and Martin del Campo will be plating their chile stuffed with cheese under a crown of mole poblano, or Puebla-style mole.

With TV shows and new restaurants in the works, the pair of enthusiastic chefs are destined to soon become household names in the U.S., but whatever they do, it’s sure to be 100 percent Mexicano. Between delicious bites and over a bottle of Mexican wine, an excited Arvizu talked about being Mexicano.

La Casita Mexicana has been a tribute to the matriarchal kitchens of your mothers and grandmothers in Jalisco—a cenaduria (supper house). How will Mexicano be different?
Arvizu: What can I say about Mexicano? Mexicano is who we are—it’s how we cook, the music we listen to, it’s our culture. The food will focus on the Pueblos Magicos (magical towns) of Mexico. These places have a special enchantment. They are recognized for having unique cuisine, architecture, and culture, so the dishes will come from our travels, our explorations in Mexico.

Then, the restaurant will be more of a reflection of who you [two] are?
Arvizu: Yes. We like to cook traditional dishes, but we sometimes mix the regions together. The chile relleno we do comes from Jalisco, but the mole poblano brings Puebla onto the plate. We plan to bring carne en su jugo (beef in its juices) and cuachala (chicken stew) from Jalisco, then plates from Nayarit; Real de Catorce, San Luis Potosi; Veracruz…

You’ve selected a location in Baldwin Hills. Why not open your new place downtown or the Westside? Surely you have fans there too.
Arvizu: We are trying to bring Mexican cuisine to our people; we are first serving our communities because they don’t have access to real Mexican food in many cases, but yes, we can go to those places later. We are opening another concept where Mexicano is located called Flautas (flute shaped fried taco)…

And you’ll serve just flautas?
Arvizu: Yes, just flautas. This is something you don’t see here, and it could be a good thing to open in other parts of Los Angeles, looking ahead.