Home Uncategorized Put Beaujolais Nouveau All Up on Your Thanksgiving Table 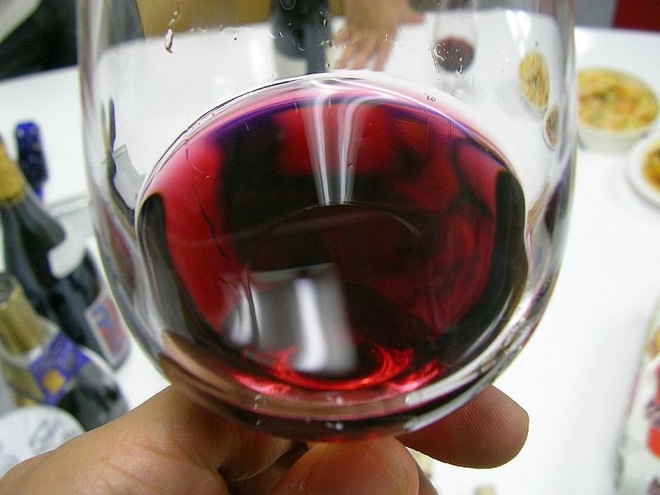 There’s a peculiar wine tradition that takes place every year, one week before Thanksgiving, surrounding what’s known as Beaujolais Nouveau. (That’s pronounced “boh-zhoh-lay new-voh” my fellow ‘Merkans.) The cries of “Beaujolais Nouveau est arrivée!” mark the first release of the current year’s vintage, meaning that these grapes—always from the Beaujolais region of France, and always of the Gamay variety—were on vines just a few short months ago before being harvested, fermented for a few weeks, and magically transformed into tipsy juice.

The release was historically greeted with much tintinnabulation and celebration, though it’s essentially turned into a marketing angle at this point. Still, we have to admit: Beaujolais Nouveau is a fun, bright wine that seems to work rather well with traditional Thanksgiving fare.

But aren’t red wines supposed to be aged for years? Many, yes. This one, no. Because of its youth—and you want to drink it sooner than later—it doesn’t develop and noticeable tannins, and remains quite fruity and floral, earning it plenty of flack from wine critics for being immature or one-noted. Wine writer Karen MacNeil most famously knocked it when she equated drinking Beaujolais Nouveau to eating cookie dough, to which we happily reply: “Who in their right mind doesn’t like to eat cookie dough? Sure, not all the time, and maybe just for special occasions like Tuesday at 1:31 a.m. in our underwear straight out of the tub… but… COOKIE DOUGH!!!”

All told, it makes for a good enough table wine that seems to flow smoothly with a whole smattering of holiday offerings, while helping us cope with spending four consecutive hours with Aunt Edna and Uncle Chuck. And what the heck could be wrong with that? I’ll take “Nothing” for $200, Alex…

Bottles of Beaujolais Nouveau can be found at wine shops and retailers around town, and a list of local events surrounding the release can be found via the LA Times Daily Dish blog.