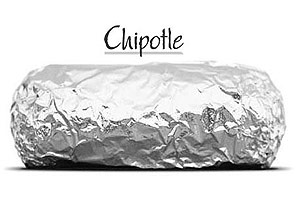 So, I’m taking my money off U.S. cycling team Garmin-Chipotle for this year’s Tour de France. Why, you ask? A bad record? Performance enhancing-drug use? A penchant for Spokey-Dokes? Not exactly.
Read the following press release, and then ask yourself this question: How fast do I feel like moving after chowing a burrito?

Chipotle Mexican Grill announced that it will offer a new, limited time burrito in honor of American cycling team, Garmin-Chipotle Presented by H30, which will compete in the Tour de France in July. Called “Le Burrito,” it is made to meet the dietary needs of world-class athletes and will be featured in all Chipotle restaurants nationwide throughout the Tour de France, which runs from July 5 through July 27.

… Le Burrito is a Chipotle burrito filled with naturally raised chicken (from birds that are raised in a humane way, never given antibiotics or added hormones, and fed a pure vegetarian diet), black beans, cilantro lime rice, mild tomato salsa, and freshly made guacamole. This combination provides an energy-boosting ratio of 65 percent carbohydrates, 25 percent fat, and 15 percent protein that allows cyclists to perform at their best while racing.

“Professional cycling is incredibly grueling, and riders need to fuel their bodies with good, whole foods that will sustain them through their hours on the bike,” said Jonathan Vaughters, directeur sportif at Garmin-Chipotle. “The combination of ingredients in ‘Le Burrito’ is an important part of what these riders eat to keep them performing at the highest levels.”

Le Burrito will be available at all Chipotle restaurants throughout the Tour de France. To find a restaurant near you, visit www.chipotle.com

Just in case I’m wrong, let’s all do a test: Go and try this energizing burrito, and then see how long it takes for you to move various limbs without moaning slightly. I don’t care how hormone free that chicken is: a burrito is a burrito, and while it’s great for many things—curing hangovers and promoting sleep are among my personal faves—increasing human speed is not one of them.

Even more frightening? That last bit, where it says that Chipotle restaurants exist all across France. Sigh…