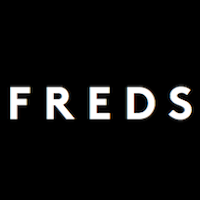 This spring, Barney Greengrass, the signature restaurant atop Barneys New York in Beverly Hills will close in preparation for a wardrobe change. This summer, the restaurant will reopen as Freds, the new restaurant component to the Barneys’s brand.

Freds is already open in New York and Chicago and serves lunch, dinner, cocktails, and weekend brunch. The menu slants Italian, with pizza and pasta featuring heavily among the offerings. The kosher deli portion of Barney Greengrass will disappear, though representatives for the restaurant say that the brand’s caviar, lox, and bagels may still be ordered at the store.

Though Barneys’s publicist has confirmed the change, they are not yet ready to release an official statement. “It’s going to be bigger and more beautiful,” said a server about the change, when reached at the restaurant by phone. Freds will be open by summer’s end.

The Barneys New York flagship store in Beverly Hills is currently undergoing a multi-year renovation, which has already unveiled in October 2013 the new Foundation beauty floor. A significant renovation of the women’s ground floor is currently underway, and the men’s fifth floor will begin in the coming months.   The renovations in the Beverly Hills flagship store will also include the restaurant which will convert to Freds at Barneys New York in early fall of 2014.  Mark Strausman, renowned executive chef and managing director of Freds at the Madison Avenue and Chicago flagship locations, will also oversee the new Freds at Beverly Hills.   In the interim, the Beverly Hills restaurant will be called Barneys New York and will continue to offer classic American fare. —  Barneys Spokesperson

Barneys Files for Bankruptcy, and Most of Its L.A. Stores Are Closing