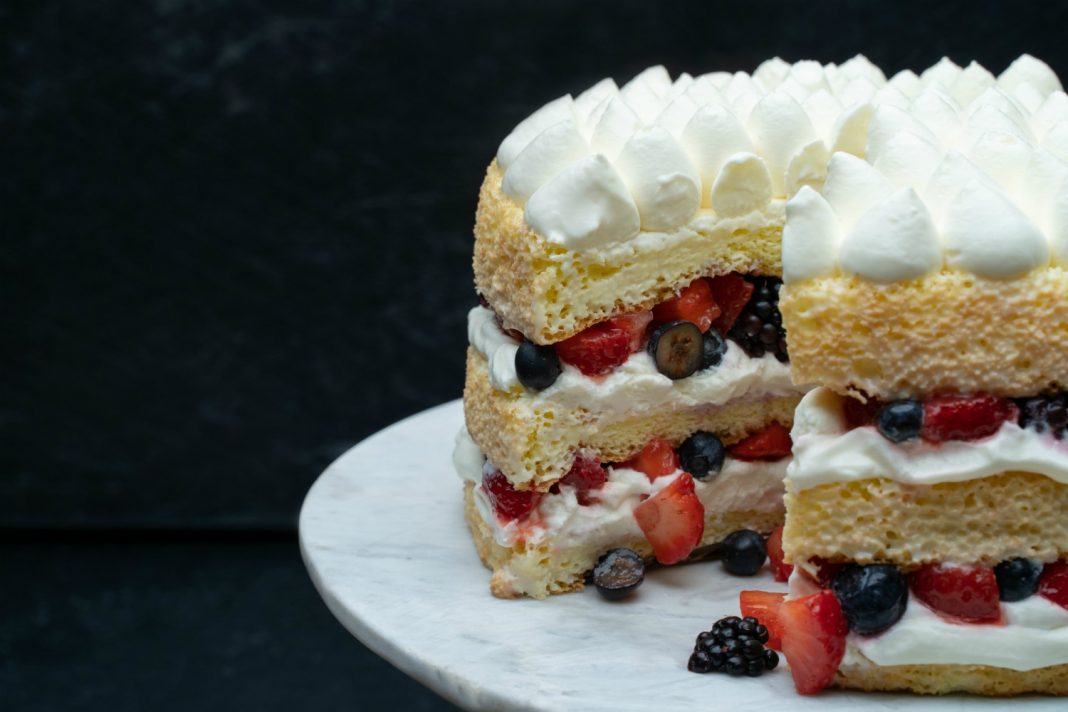 One of L.A.’s biggest immigrant-food success stories started in the 1960s, when Rosa Porto supported her family by baking cakes at her home in Manzanillo, Cuba, and selling them to neighbors.

After moving to L.A. in 1971, Rosa continued to sell her homemade cakes, including her classic tres leches cake. In 1976, she opened Porto’s on a stretch of Sunset Boulevard in Echo Park. The beloved bakery has since grown into a mini empire. There are now five locations in Southern California—Glendale, Burbank, Downey, West Covina, and Buena Park—and a Northridge outpost is under construction.

And, after seeing its online sales spike during the pandemic, the Portos are also focused on solidifying their new status as a national brand. On September 29, in a major milestone for the family-owned bakery, Porto’s will start offering nationwide shipping for its iconic Milk’N Berries cake, which is a riff on that tres leches cake that Rosa, who died last year, used to make.

“It really is full circle,” says Raul Porto, 60, Rosa’s son and the company’s president. “We started with my mother making cakes in her home out of necessity. To now be in a position where we’re shipping cakes to all 50 states . . . it’s incredible. It’s still a family business. The cake is still based on her recipe.”

The Milk’N Berries cake debuted on the Porto’s menu in 2009, and the bakery has since sold more than one million. The new model’s sponge is lighter than in Rosa’s original creation, and it’s less sweet and topped with whipped cream and berries instead of sugary meringue. But at its core it’s still a tres leches cake, with each layer of sponge soaked in a blend of three different dairy products—condensed milk, evaporated milk, and cream—plus a little brandy.

“We’ve just kind of enhanced the cake and moved it toward the modern taste buds,” says Tony Salazar, Porto’s vice president of operations and executive pastry chef, who started working at the company as a teenager more than 40 years ago.

Expanding its business model to ship the cake nationwide puts old-school Porto’s in competition with sleekly branded bakeries like Milk Bar. But Raul says his offerings are a relative bargain: an eight-inch, three-layer Milk’N Berries cake that feeds ten to 12 people will retail for $39.99, plus shipping.

To make the cake stable enough to ship across the country some tweaks were required. Instead of being crowned with berries, as it is when you purchase it at the bakery, the shipped version features berries in between layers of cake. The dessert arrives frozen on a serving platter with a shipping collar to maintain its integrity. Just defrost and enjoy. 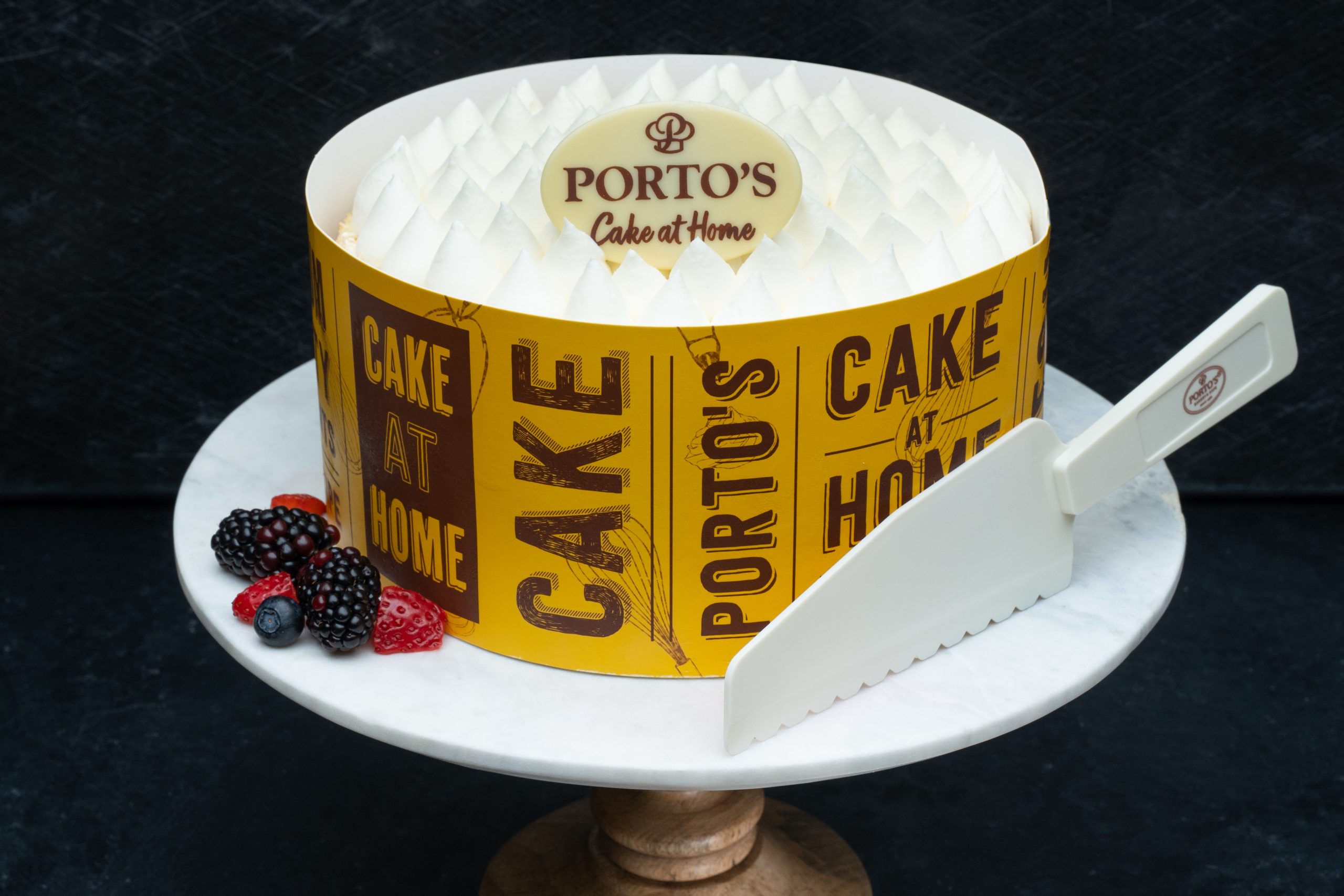 Porto’s “Cake at Home” is an extension of it hugely successful “Bake at Home” line, which launched in 2018 and includes Porto’s favorites, like its cheese rolls, along with new items, like arroz con pollo balls, not sold in the bakery.

Raul says the majority of shipped orders come from people in California who used to drive from hours away.

“I remember one incident in Downey when there were two ladies, a mother and daughter from San Diego, who came at like 4 o’clock in the morning,” he says. “Then the parking attendant came in and didn’t know what to do because they had fallen asleep in the car.”

Nationwide shipping of the Milk’N Berries cakes will launch with 1,000 cakes the first day, but there will likely be a hunger for many more. When Porto’s started selling Bake at Home chocolate twists in August, its initial run of 8,000 sold out in eight hours.

“If you were to ask me a year ago, I would have said it’s going to do OK,” Raul Porto says of nationwide shipping. “Now our expectations are much greater. I don’t know if it will ever surpass the bakeries, but who knows. It’s definitely going to be bigger than we ever imagined.”

A Porto’s Bakery Pop-Up Is (Finally!) Coming to the Westside