Home Food & Drink Does L.A. Have a Pierogi PR Problem? 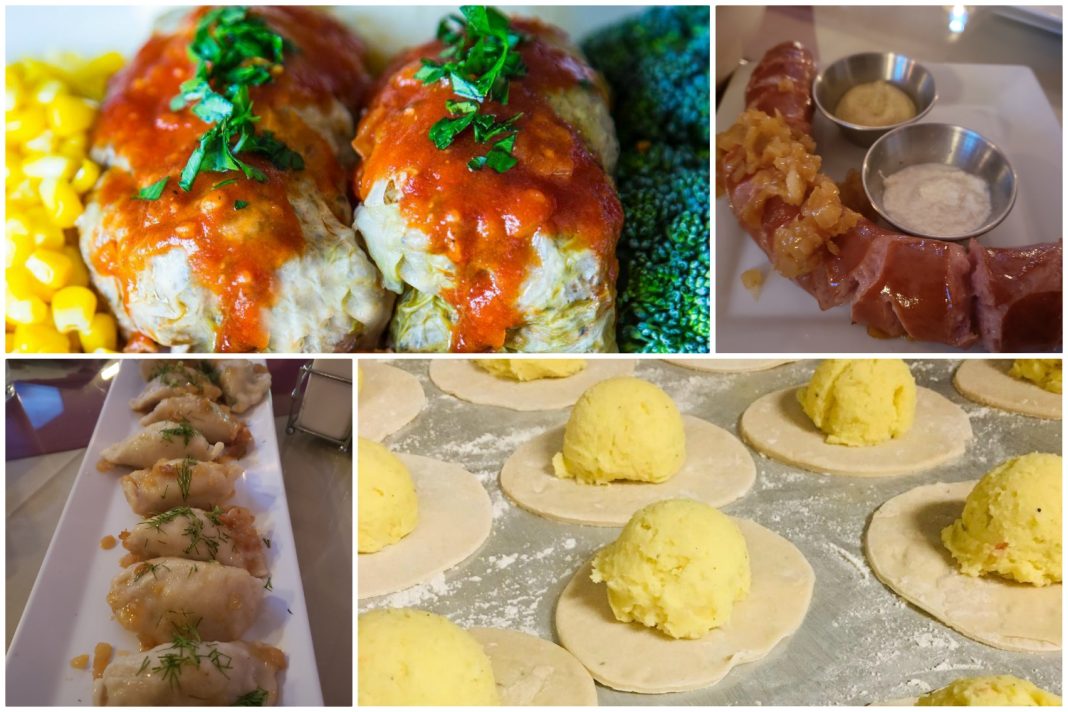 “I was kind of expecting…”

“A bunch of old ladies?”

Poland-born chef Michael Budny is aware of the stigmas surrounding his country’s food. His restaurant, Polka Polish Cuisine, is one of only two Polish restaurants in L.A. County (the other is Solidarity in Santa Monica). Hilariously enough, Foursquare lists Costco as the third best place to get Polish food in L.A.

Granted, Polish food isn’t what people think of when they think of L.A.’s melting pot of international cuisines. Stuffed cabbage doesn’t exactly scream Southern California. Pierogis aren’t haute. Polish food isn’t ripe with chiles or barbecued meat and it’s not being served out of colorful trucks or street carts. Open since 1994 in a Glassell Park strip mall, Polka is a sit-down restaurant from another era. Thick floral billow from the windows and antique trinkets cover the walls, one of which seems to be dedicated entirely to portraits of chickens. A nutcracker doll dressed as a chef sits atop one of many wood cabinets. The restaurant feels like the whimsical cottage of a miniature man whose vacation home is an accordion.

In a city with such culinary diversity, it’s weird to think that this is the only restaurant of its kind. There’s something wonderfully out of place about Polka. “In Chicago, in New York? Lot of Polish people. There’s a Polish restaurant on every corner,” Michael says when I ask him why Polish food isn’t more popular in L.A. “In Los Angeles, it’s just so far from Poland that it didn’t get here.” There’s no Polish District in Los Angeles. Orange County has a more concentrated area of Polish people, according to Budny, but here things feel a bit more scattered.

Before coming to America to get his undergrad in business marketing and a masters in international business, Budny learned to cook in Poland’s four-star hotels. In 2011 he was a prime candidate to take over the restaurant from his cousins when they retired and moved back to Warsaw. Two years earlier, in 2009, the restaurant got a burst of publicity when TV Flavortown denizen Guy Fieri stopped by to tape a segment for Diners, Drive-Ins and Dives. A signed portrait of Fieri that says “Keep on cookin’” still hangs near the door.

Now, Budny sees the challenge in trying keep up with a rapidly changing food scene. “There’s not enough marketing for pierogi,” he says, albeit before revealing that he’ll soon be catering a lunch for Clippers center Marcin Gortat, that he’s partnering with Beyond Meat to try a vegan pierogi, and that he’s opening another restaurant in Santa Clarita in the spring.

Polka Polish is comfort food to its core, rib-sticking and satisfying. Fatty kielbasa is scored and topped with glistening caramelized onions. The pierogis are soft and chewy, like fun-size edible throw pillows. Dishes get a pop of freshness from fragrant sprigs of dill perched atop seemingly everything.

Polish food may never reach peak popularity in L.A., but Budny is content with being the only game in town, at least east of Santa Monica. “Stay little,” he says. “Make your money. Be happy.” Maybe there is a crisis in marketing for Polish food in Los Angeles, but who needs a slick advertising campaign when you have bitchin’ potato dumplings and Saint Fieri keeping an eye on the proceedings?

RELATED: Where to Find Poland in Los Angeles