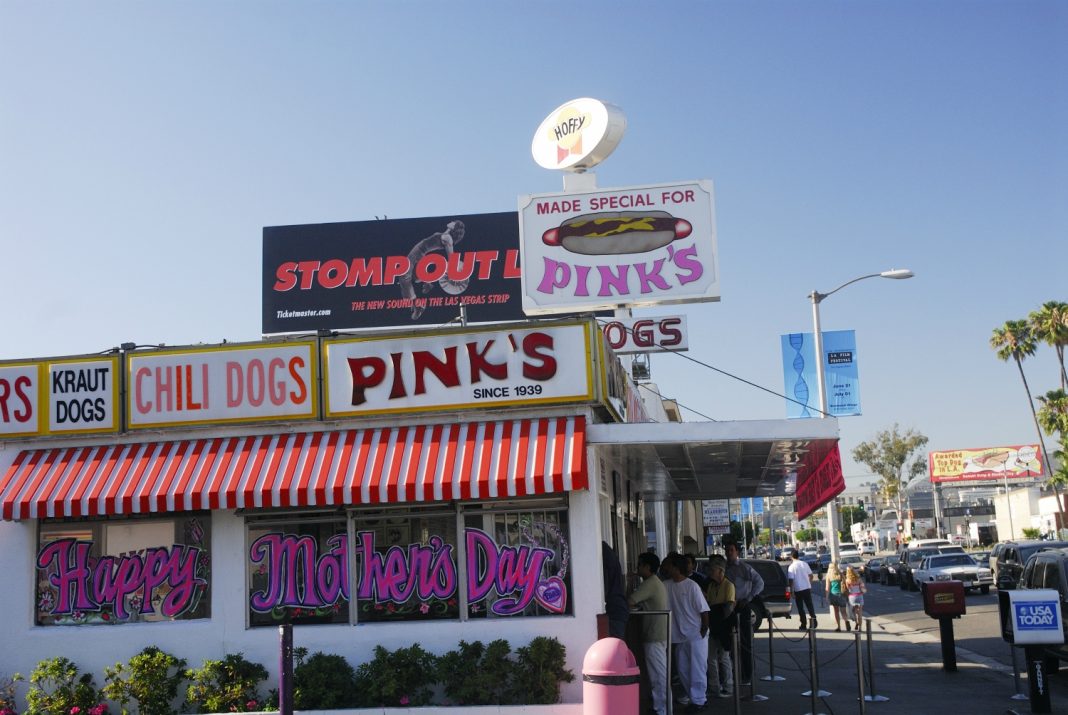 The grills will be fired up again Wednesday morning at Pink’s Hot Dogs in Hollywood, nearly five long months since they closed due to COVID-19 regulations. The stand, which had never before shuttered in its 81-year history, has implemented changes including closing the inside dining room, placing larger tables on the patio, and employing a bathroom attendant to clean between visitors and a “front door ambassador” responsible for enforcing a rule that customers wear masks. Phone orders and delivery will begin at the end of the month.

The company hired an environmental firm to deep clean the entire property, place six-foot space markers on the ground, and was able to bring back all of their employees, some of which have been working at the restaurant for decades. Orders will be taken behind a plastic shield. “So it’ll be the original Pink’s experience,” says co-owner Richard Pink. “Except with Plexiglass.”

The landmark on La Brea Avenue started as a pushcart run by Paul and Betty Pink in 1939. The couple expanded into their current building in 1946 and the Pink family now operates more than a dozen locations from Miami to Manila. Each of them should know how to make all 40 varieties on the menu, including the celebrity tribute dogs famous at Pink’s, from the Marlon Brando (chili, mustard, and onions) to the Giada de Laurentiis (peppers, onions, and mozzarella), to a “dawg” named after late TV host Huell Howser (two wieners in one bun).

When the Brando dog was launched, the store gave a free wiener to anyone dressed like a character from one of the actor’s movies, one of countless stunts on the sidewalk that the store is famous for. That, and the delicious dogs, old-time beverages (Yoo-Hoo and Dr. Brown’s?), and the frenetic excitement of lining up for a dog in the middle of the night.

“When nightlife comes back to L.A.,” says Pink. “We’ll be here until 2 in the morning.”

RELATED: Why Every Angeleno Should Go to Pink’s at Least Once