Home Dining Where to Get a Philly Cheesesteak in L.A. 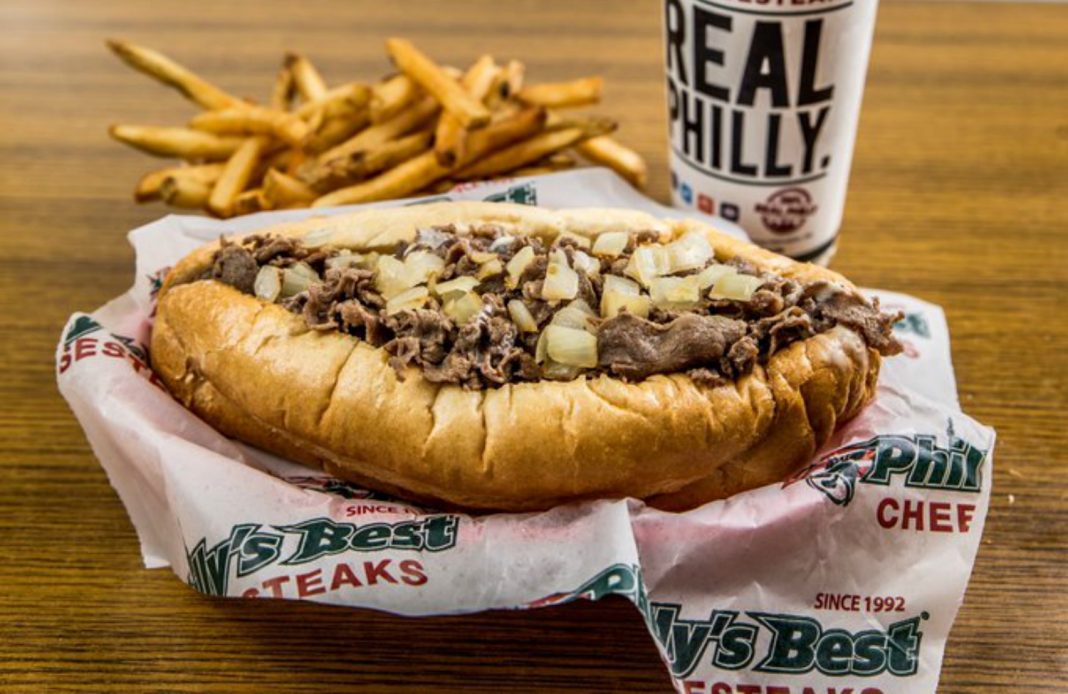 According to the researchers at the Historical Society of Pennsylvania, we owe the invention of the cheesesteak to Pat and Harry Olivieri, a resourceful pair who owned a hot dog stand near the South Philadelphia Italian Market in the early 1930s. Pat went on to open Pat’s King of Steaks, a cheesesteak landmark still in operation today.

While the regional delicacy is a bit uncommon in Los Angeles–perhaps owing to the popularity of our local version of sliced beef on a roll, the French Dip–there are still opportunities to enjoy this Philadelphia export.

When Andrew Ahn’s parents immigrated to the U.S. from Korea in the 1970s, his father found his first job in America working at a cheesesteak shop in Germantown, New Jersey, and then eventually his mom and dad opened a place of their own. When Ahn moved to L.A. years later and observed a dearth of good steaks here, the family launched Boo’s on the West Coast.

With 20 locations all over the region, Philly’s Best might be California’s foremost ambassador of the cheesesteak tradition. In a nod to local tastes, Philly’s Best even offers a vegetarian cheesesteak option. There’s also a full menu of hoagies, burgers, and other options.

Tucked inside the Original Farmers Market is this shop that wins fans for the house-baked bread they use for their cheesesteaks as well as for the fillings. While the shop itself may be small, the sandwiches certainly aren’t: a cheesesteak here measures an entire foot long.

Authentic Philly at the Corner

In addition to the namesake “authentic” Philly cheesesteaks, this spot not far from the Forum features some less traditional menu options, like bacon-hot Cheeto cheese fries. They take some liberties with the cheesesteak tradition itself, specifically serving on a baguette-style bread, rather than the iconic softer, Amoroso Bakery-stye rolls.

Pairing L.A.’s Favorite Sandwiches with the Perfect Bag of Chips