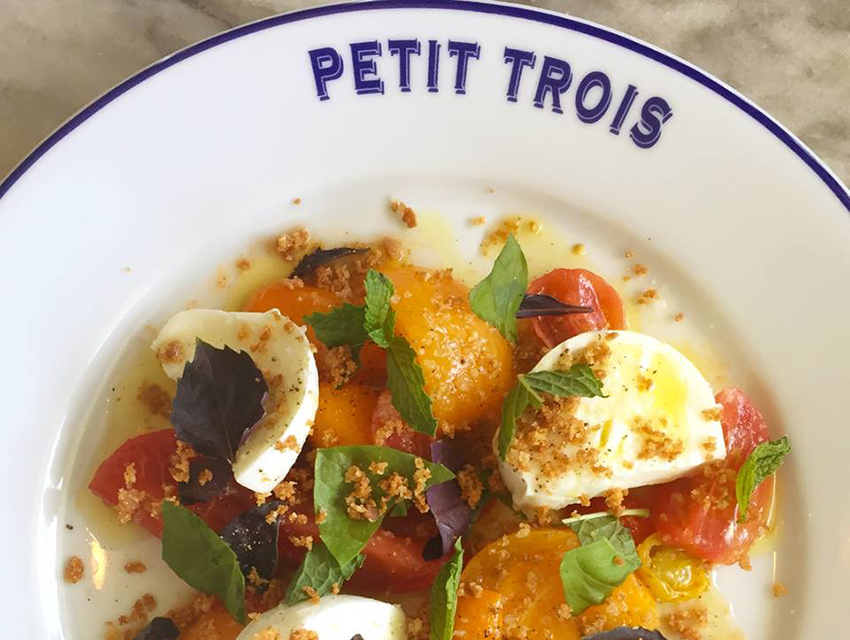 Bon Appétit magazine is out with its annual list of the top 10 best new restaurants in America, and it includes two of L.A.’s finest: Venice’s Gjusta and Petit Trois from the power trio of Ludo Lefebvre, Jon Shook, and Vinny Dotolo in the coveted #2 and #3 spots, respectively. (The top spot goes to AL’s Place up in San Francisco.) That means that according to Bon App’s restaurant editor, Andrew Knowlton, L.A. boasts 1/5 of the country’s premier newcomers. Not too shabby.

The picks make sense for Knowlton, who has historically given nods to L.A. restaurants that err on the side of casual and unfussy—last year Grand Central Market was among his annual favorites. And we know he has a soft spot for Ludo, who was present on the 2014 long list for his slightly more formal, tickets-only Trois Mec.

Knowlton equates Gjusta to the “chocolate room in Charlie and the Chocolate Factory. Almost everything here is edible and tempting,” and mentions how even the “cool kids of Venice” are overwhelmed by the bounty. In the end, Travis Lett’s multi-concept deli-staurant is one of “the most ambitious culinary projects I’ve ever come across,” he says.

“Sardine-size” Petit Trois gets props for bowing to bistro tradition, heaping praise on the sole munière, onion soup, and the ability to channel Eiffel Tower vibes while “looking out on a 76 station.” Bof indeed!

In addition, Silver Lake’s Alimento and Fairfax’s Jon & Vinny were both among the magazine’s 50 finalists. Well done, us.