Home Dining Chefs and Restaurateurs Outstanding in the Field and Alex Weiser Team Up for Epic Farm... 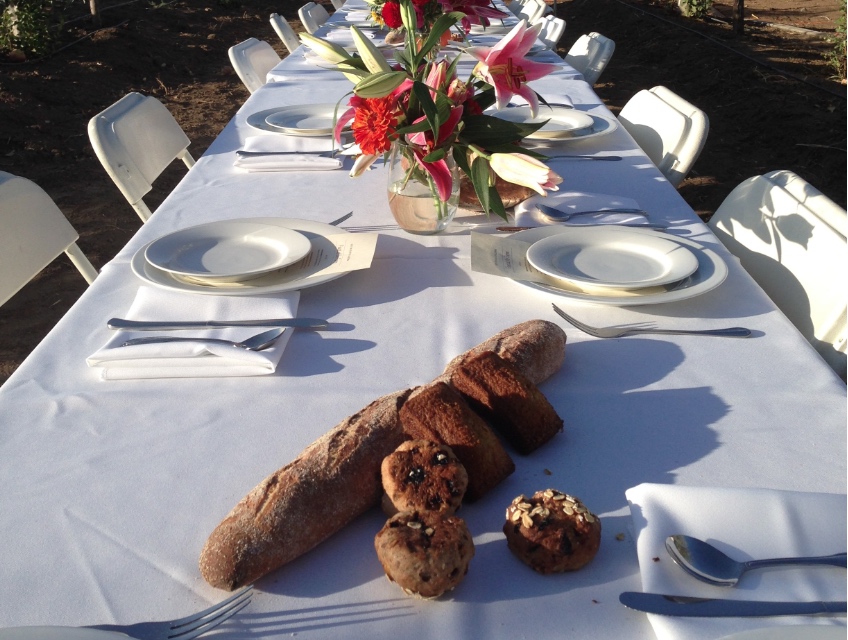 Alex Weiser wears many hats. He’s the potato guy, the melon guy, the shishito pepper guy—and now he’s becoming the grain guy. Twenty acres of his Tehachapi farm are dedicated to heirloom varieties of wheat, rye, and barley. This morning, amidst the fields of gold, a broken-down combine sits quietly awaiting repair.

The image of an old-fashioned harvester stalled among acres of barley may thrill the landscape painters of Tehachapi, but it’s also the very reason that Weiser and his Tehachapi neighbors have launched a fundraising campaign for a new combine. The ultimate goal is to create a hub where farmers, millers, maltsters, chefs, and bakers can work together to build a GMO-free Southern California grain economy.

Expect country ham-wrapped figs and a ridgeback shrimp boil from Dunsmoor of the forthcoming Hatchet Hall. Cadet’s  Tominaga will bring smoked pork belly with fried rye buns and Époisse while  Mattern and Jullapat will serve flatbreads with fromage blanc, pistachios, and stone fruit. Dessert will be an Anson Mills Carolina Gold Rice pudding with Weiser’s secret crop of rhubarb.

Tickets are $215 and can be purchased here. All Weiser Family Farm events come with the promise of beautiful scenery and the potential to lose your clothes.

The Five Things You Should Know About Cadet’s Cocktail Program