Home Dining Chefs and Restaurateurs Can One of the Year’s Most Anticipated Restaurants Live Up to All... 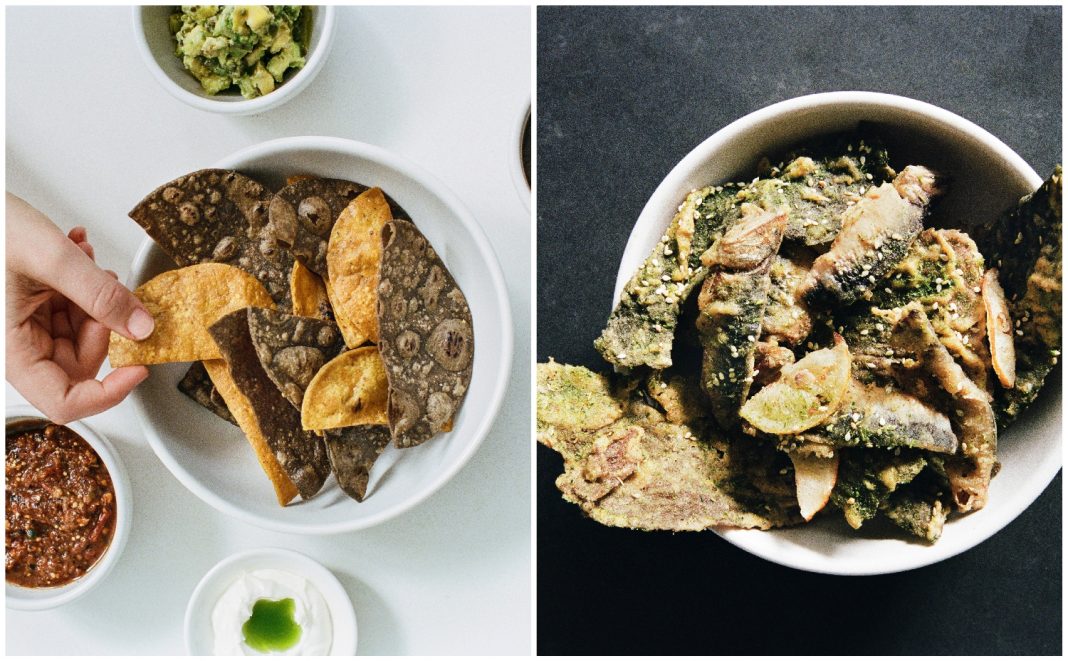 It’s a Monday, just a week after Onda debuted, and the restaurant is buzzing. A harried hostess tells a couple of men worried that she can’t instantly find their reservation that they need to calm down. A group of guys in statement jackets—leather, high school letterman, red Med Men—huddle noisily near the bar, where a bartender mixes drinks in porcelain blowfish vessels and repeats a spiel about sourcing from the farmers’ market. Tall, blond women mingle with petite gals with funky glasses. Spot lighting and thin, illuminated rails hanging from the ceiling cast a flattering glow. The space is all angles and hard wood surfaces, as if designed to amplify everything. It’s impossible to distinguish the music playing softly beneath the heavy chatter, but surely it’s something carefully curated and perfectly cool.

Coexecutive chef Gabriela Cámara calmly works the room, looking chic in cropped jeans and a white blazer. Her business partner, chef Jessica Koslow, looks slightly less serene as she navigates the crowds but then brightens when buddy David Chang, the megachef and Netflix star behind Majordomo, saunters in and greets her with a hug.

Welcome to the season’s—perhaps the year’s—most anticipated opening. Koslow is known for serving Instagrammable toasts and sorrel pesto bowls to throngs of Eastsiders at Squirl, while Cámara is behind one of Mexico City’s most consistently packed restaurants—seafood mecca Contramar in the chic Roma district. The two of them working together conjures a movie trailer voice-over: She changed the way Kiernan Shipka and Co. think about bread and jam. Two time zones away, she invented a tuna tostada unlike any the world had ever seen. Together, they are…Onda.

But what exactly is Onda? The two chefs wax poetic and are slightly vague: It is a “conversation” between L.A. and Mexico City. “I think about this restaurant as…our own language,” says Koslow. “We’ve created our own dialogue [to] develop dishes.”

On the menu, that translates to guacamole with fermented chile, a hearts-of-palm ceviche and an “inside out” turkey quesadilla that’s already popping on Instagram.

A word tossed around a lot in relation to Onda is “hipster.” One gets the feeling that Cámara and Koslow, like many of us, have mixed feelings about the term and how it applies to their clientele.

When the H-word comes up in conversation,Cámara stops and decides to look up the official definition. “A person who follows the latest trends and fashions, especially those regarded as being outside the cultural mainstream,” she reads aloud.

She takes a moment and then declares: “That is exactly the person I am interested in.”

RELATED: At Birdie G’s in Santa Monica, Even the Kids’ Menu Has Fine-Dining Cred