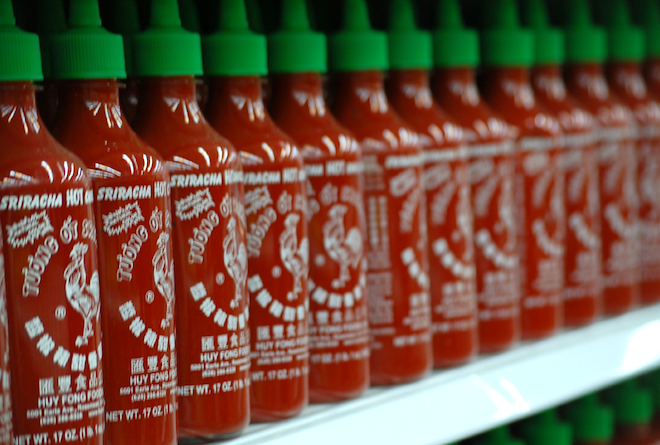 Say it ain’t so! Huy Fong Foods, the makers of the hot sauce of the moment, Sriracha, have been ordered to partially shut down production, reports the Los Angeles Times.

Los Angeles County Superior Court judge Robert H. O’Brien has ruled in favor of the City of Irwindale in a case that has had Sriracha lovers nearly in tears. There was hope when an earlier ruling postponed the judge’s decision, and allowed Huy Fong to continue operations despite the City of Irwindale’s complains about offensive smells emitting from the factory. Judge O’Brien’s new ruling, in favor of the city, has resulted in an injunction against the sauce maker. Huy Fong Foods must cease any operations that cause peppery oders to leach out into the public.

This injunction does not halt the company’s other operations, nor does it specify which operations are barred. It is unclear what this may mean for Sriracha availabilty in the new year.

While Huy Fong Foods searches for a solution to the problem of the peppers’ irritating odors, Sriracha lovers across the land are stocking up.