Home Food Where to Get Your New Year’s Noodle Fix 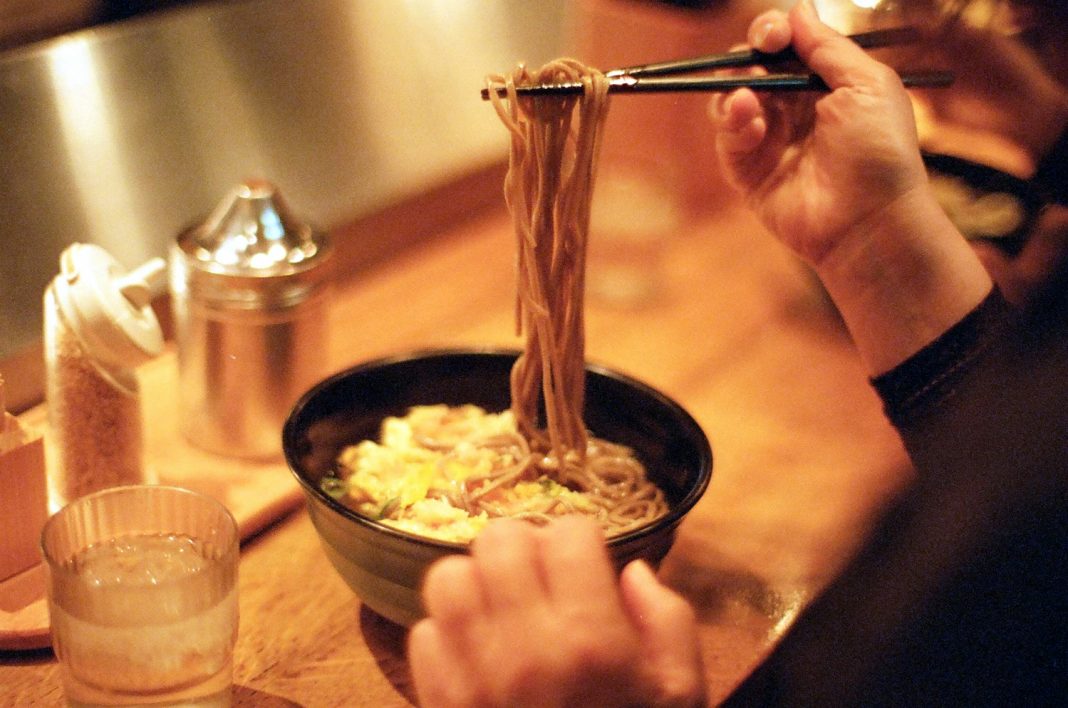 Hungry, superstition non-averse people hoping to kick the year off right should head to Little Tokyo, where the long row of ramen, udon, and soba restaurants on First Street between Central Avenue and San Pedro Street is teeming with people celebrating oshogatsu with bowls and plates noodles. Considered a lucky year-crossing dish, buckwheat soba noodles are often eaten on New Year’s Eve, a tradition that may have began as early as the 13th century.

“Soba is supposed to signify strength and resiliency,” a writer for The Japan Times explains. “There’s also the theory that because thin soba noodles can be bitten off very easily…they signify the clean cutting off or ending of the old year and all of its troubles.”

Come New Year’s Day, when open restaurants are near-impossible to come by, a bowl of ramen or udon can be a godsend too.

Here are some more places in the neighborhood to get the new year started off on the right slurp.

Settle in for dinner and a show at Marugame Monzo, where men with white towels wrapped around their heads make some of the best fresh udon noodles in town. Their line tends to be among the longest on New Year’s Day, but a heaping bowl of their sea urchin udon is worth the wait. Or try one of their Japanese-Italian mashups, like the bolognese or carbonara udon. 329 E. 1st St.; (213) 346-9762.

As you might expect from a forever fixture on “best ramen” lists, Daikokuya will have a line (and it’s cash only!), but their house specialty Daikokuya ramen—rich tonkotsu broth with noodles, chashu pork, bamboo shoots, and sprouts—is a warm hug on a chilly day. 327 E 1st St; (213) 626-1680.

Looking for something on the lighter side (resolutions and whatnot, blah blah blah)? Rakkan Ramen plays up that angle, serving ramen broth that’s 100 percent plant based and, they claim, 40 percent less caloric than the pork-laced stuff. A relative newcomer to the scene, Rakkan arrived from Tokyo in 2017, and also has locations in Santa Monica and Redondo Beach. 359 E First St. 213-680-4166.

A post shared by Suehiro Cafe OPEN FOR TAKEOUT (@suehirocafelittletokyo) on Mar 27, 2018 at 7:24am PDT

RELATED: A Brothless Ramen Chain Arrives in L.A. Just in Time for the Sweaty Part of Summer

A Brothless Ramen Chain Arrives in L.A. Just in Time for the Sweaty Part of Summer