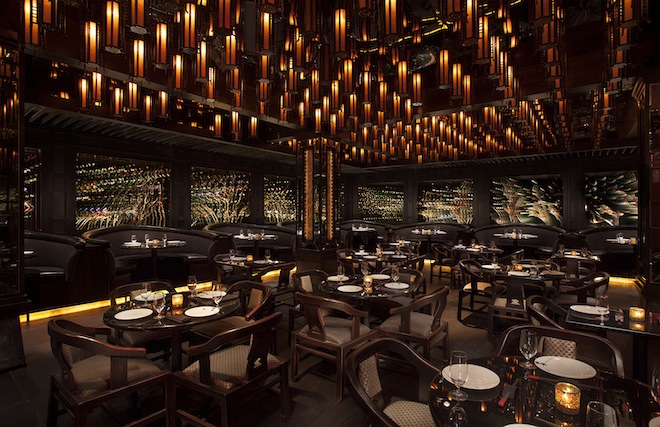 Long Beach: A second location of The Federal Bar, a somewhat underrated gem in North Hollywood, opened in Long Beach on Thursday. The design was a collaboration between Spacecraft Group and Beth Holden of New Theme Design. The pair seems to have enhanced the 1920s feel of the space, which now includes a stage for live performances. There are beer floats, garden-to-glass style cocktails, and a farm-to-table gastropub-like menu from chef Shad Davis (who’s cooking at both locations). The Federal Bar, 102 Pine Ave Long Beach, CA 90802, (562) 435-2000

Downtown: Badmaash, which means something like “bad ass,” grand opened this past week for lunch and dinner. The Indian gastropub concept comes from father and son team Pawan and Nakul Mahendro, who are well-versed in both Eastern and Western culinary techniques. The menu features mash-ups like chicken Tikka Masala poutine, Tandoori spiced chicken wings, and a spicy lamb burger. Now open daily, starting at 11 a.m. (Naturally, we had to mention that there’s a Bollywood film with the same name.) Badmaash, 108 West 2nd Street, Los Angeles, CA, 90012, (213) 221-7466

Venice: The Bank of Venice is a new bar-restaurant concept set to debut tonight, from Tom Elliott and Spoon Singh, the duo behind Venice Ale House. Bank of Venice features food from chef Jason Feehrer of British Columbia’s Sooke Harbor House, who is serving a Pacific Rim meets the Pacific Northwest menu. Dishes include a catch-of-the-day ceviche, mussels Sauvignon, bangers and mash, and nachos del blanco. There are beers on tap and a full bar. Starting tonight, Bank of Venice will be open until 2 a.m. most nights. Bank of Venice, 80 Windward Ave, Los Angeles, CA 90291