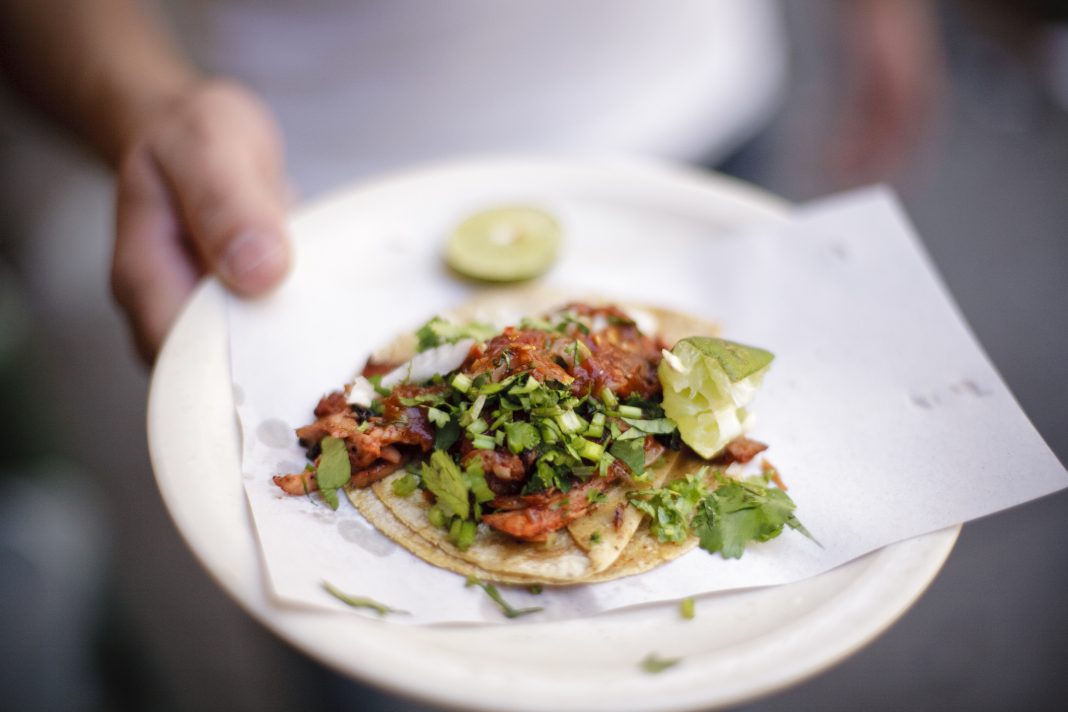 It might be impossible to watch a single episode of Netflix’s delicious new docuseries, Las Crónicas del Taco, without wanting to immediately hop on a plane to Mexico to taste all the tacos from the show. Which is why we’re extremely jealous of L.A. food writer Javier Cabral, who got to do just that. Cabral served as the show’s associate producer and taco scout, exploring Mexico in search of taqueros making truly exquisite examples.

Each of the series’ six episodes centers around a particular type of taco: pastor, carnitas, canasta, asada, barbacoa, and guisado. Cabral created a list of places around Los Angeles where each type can be found (you may notice a few shots of L.A. spots on the show, too)–but, in our conversation, even the born-and-raised Angeleno admitted, “there is nothing like the sense of taco-based euphoria you have when you’re in Mexico.”

How did you find yourself working on this project?

The creator, Pablo Cruz, and I had been trying to work together for almost five years. He’s a really established producer in Mexico; he used to have a production company with those heartthrobs, Diego Luna and Gael Garcia Bernal. So he’s really respected for his films and documentaries–and, it turns out, he loves food.

When this opportunity came around, it sort of coincided with the sort of acceptance of tacos as this mainstream food that we all love. Now there are all these taco events, there’s that taco Instagram thing, there’s even a taco emoji now! The timing was right and I knew I wanted to make it happen, despite me living in L.A.

Pablo really trusted me to find tacos that were versions that represent why we love tacos–it’s the flavor, of course, but also the personality of the taquero, and that really comes through in the show.

When you think back on the process of making this show, are there any particularly special, eye-opening memories that come to mind?

I was acting as the taco scout for the show all of last year. Pretty much every other weekend I would travel to Mexico. For these first six episodes, I visited eight different states, different cities in between. The whole process was filled with those special moments, to be honest.

One that comes to my head right away is a place in the carne asada episode that is called Tacos Armando. That guy uses this meat that is really high-quality, prime beef. If you eat meat, you can tell when you have a beautiful, juicy, marbled piece of beef. It stood out to me because it was like, oh, this is what asada is and should be. It changed my mind on an entire type of taco.

Do you have a person favorite amongst the taco fillings featured in the show?

There is a taco for every mood. I went in knowing I was going to love all of them, but I think the taco I ended up having kind of the most renewed appreciation for was definitely the carnitas.

I’m born and raised in L.A., and carnitas was an example of a taco meat I hadn’t really experienced in the way it’s meant to be eaten. Having it in Michoacán, in Morelia, which is the capital there, was a special experience. The pork is so tender, full flavored, it just melts in your mouth. It’s braised for so long and it becomes this really nice, juicy taco experience. In the States, carnitas kind of gets treated as one of those throwaway taco fillings, but the reality is that true carnitas is an art.

Another was barbacoa. In Mexico, they really maintain the art and tradition of it. It’s done there with roasted lamb, cooked in underground ovens. And they really care a lot about the actual animal, which will be freshly-slaughtered, and very transparent about the food it was fed, what it grazed on. It’s almost like a religious experience, too, because it’s traditionally only eaten on weekends. In the state of Hidalgo, on any given road in the entire state, if you go driving early on a Saturday or Sunday, you can’t go even 15 minutes without seeing a barbacoa stand. And I just love lamb.

Anyone watching this series will probably immediately want to taste these tacos for themselves. What is your advice for them?

I certainly recommend they go out and try the versions available at local places, but also, I want people to travel to Mexico. Lose your fear of traveling to Mexico! Unfortunately, the past still seems to follow Mexico, especially in some of the places we documented, but I just got back, I still keep on traveling there. There is nothing like the sense of taco-based euphoria you have when you’re in Mexico–of course, complimented by a little mescal, tequila, cerveza, pulque…

When you’re here in L.A., what is your most essential place to go for tacos?

My go-to place is really Sonoratown. That’s my place if someone is coming in from out of town, or if they have a layover for just a couple hours, even, if they request tacos, that’s where I tell them to go. We almost take it for granted, people in L.A., because we know it’s a great spot. But the taco style they’re doing is very unique; you really won’t find it anywhere else in the U.S. They have an incredible dedication to the quality of the meat, dedication to the flour tortilla–which just, in itself, will shatter expectations–and the nice service, the vibe. For me, that’s the best taco in L.A.

There are certain things that just will never be able to be mimicked in a place outside of where a certain taco is the norm. It’s down to, you know, what kind of animal, what breed, what it ate, different types of soil, different types of flour. Sonoratown is the most accurate depiction of what a taco tastes like in Sonora that you can get anywhere outside of its place of origin. I really commend the efforts they make to do that. It just can’t be missed.

Do you hope that this show about tacos inspire a little more understanding in our fraught political climate?

Definitely. I’ve already received many messages of people just pouring their hearts out because of the emotions they’ve felt after watching the episodes. We’re living in a very polarizing, racist era right now, a lot of racist things are normalized in our politics. Tacos are a simple thing, but there’s a saying, “Build tacos, not walls.”

Tacos are a great equalizer. That’s true especially in a country that is as class-divided as Mexico. We have a line in the pastor episode, “It doesn’t matter if you’re drunk on Champagne or beer, I’m always there for you.” You feel that in Mexico, especially Mexico City, you see executives eating the same al pastor taco as a local family. Tacos are for all kinds.

Taco Chronicles is currently available for streaming on Netflix.

RELATED: What Netflix’s The Final Table Reveals About the Power Structures of Fine Dining