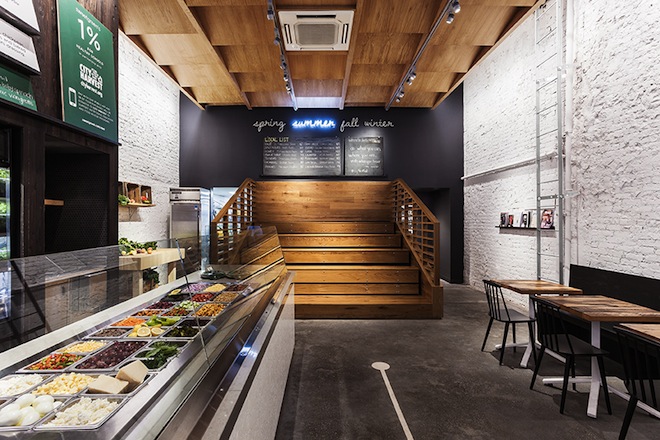 Notice anything new or unusual in your neighborhood? Send a note our way!

> Johnny Rockets at The Original Farmers Market has closed. Originally, the space was to become a restaurant called C Squared Tavern, but representatives for the market say that a new tenant has not yet been confirmed.

> Mango Six, a frozen yogurt and coffee cafe that opened near West 3rd and Orlando late last summer, closed this past January for renovations. It is now getting ready to re-open early next month.

> sweetgreen is an organic salad shop with 23 locations on the East Coast. Early next year, they will open their first West Coast location on West 3rd near Kings.

> St. Nick’s, an Irish pub near West 3rd and Croft favored by locals and tourists alike, has closed. A sign in the window says the space is undergoing renovations, and a new owner has taken over. Former employees have been told that the bar will re-open later this year as St. Nick’s, but with new seating and a more extensive menu.

> Construction has begun on a new location of Santa Monica’s popular Blue Plate Oysterette. It’s coming to a space on West 3rd near Crescent Heights. Jen Morton of Blue Plate Restaurant Group hopes to have the new restaurant open by this summer.

> Rumors have been swirling about chef Vic Casanova’s (Gusto) take over of the old AOC space. Though details have not yet been confirmed, Casanova and Seth Glassman (formerly GM of RivaBella) have partnered to open an Italian restaurant called Pistola.