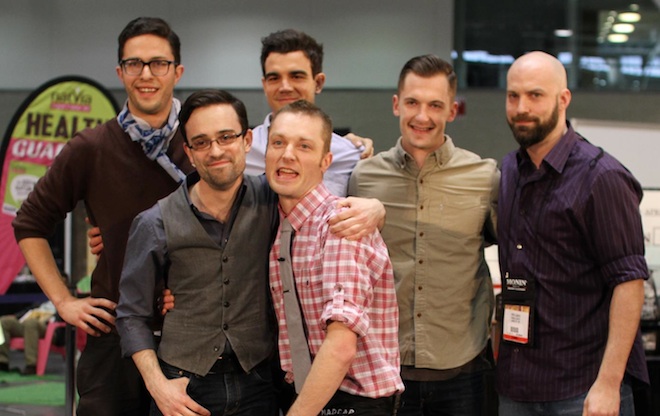 Photograph courtesy of the Barista Guild of America

This past weekend, finalists from the 2013 South West Regional Barista Competition (which was held in mid-March) flew to Boston to battle it out in the 2013 United States Barista Championship. Exactly fifty of the county’s best baristas had just 15 minutes to prep and serve four espressos, four cappuccinos and four of their own signature beverages to a panel of judges.

Brewers—those who make drip coffee by the cup—and baristas—maestros of the espresso machine—competed together in two separate events.

G&B’s Charles Babinski, who is known to dance while waiting for water to reach temperature, competed as the region’s top brewer. Tommy Kim of downtown’s Cafe Dulce and Andy Kwon of Elabrew also made the top five.

Indeed, G&B is a shop to watch. Though Babinski and his partner, former barista champ Kyle Glanville, are only a pop-up operation right now, come this summer the pair will open their first real shop in Hancock Park’s Larchmont Village.

Now You Can Wear Intelligentsia’s Floor

Over-Caffeinated: Can Figueroa Street Handle this Much Coffee?