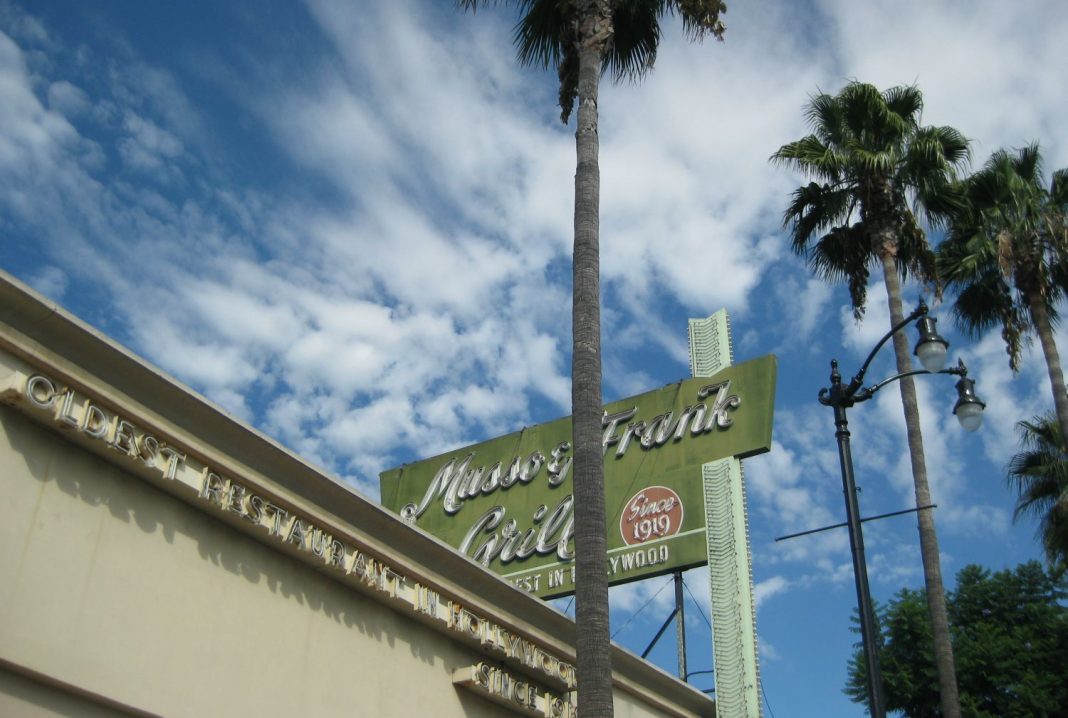 Musso & Frank Grill has been closed since March 15, but ownership has continued to pay all 84 employees their full wages the entire time the kitchen has been dark. Naturally, costs are mounting. The fourth-generation owners of Hollywood’s oldest restaurant submitted a claim under their business interruption insurance, which was promptly rejected. The carrier claimed that losses due to “virus, bacterium, or other microorganisims” were not covered.

“We’ve been hearing from businesses that they were told, ‘Don’t bother to file a claim,'” Tony Cignarale, California’s deputy commissioner for consumer services and market conduct, told the Los Angeles Times. “’Because it will be denied.’”

Musso & Frank has filed a lawsuit claiming that the closure was due to a government order and not the direct effect of the coronavirus itself, since no cases have been identified at the restaurant.

The Hollywood landmark has a long road ahead, but how are L.A.’s other classic restaurants handling the shutdown?

“Our insurance won’t cover it,” says Fred Eric of Fred 62 in Los Feliz. “Unless the government made them due to the extraordinary circumstances.” Cole’s downtown, which claims to have originated the French Dip sandwich, is discouraged by the position their insurer has taken. “Our insurance carrier has denied our claims for the business interruption insurance that we have spent money on for decades,” says owner Cedd Moses. “When we finally really need that coverage, our insurance carriers have let us down.”

Biff Naylor’s family has been in the restaurant industry for almost a hundred years. His father ran Tiny Naylor’s and Biff’s and his daughter Jennifer has a catering kitchen in Malibu that’s currently feeding family and friends. “I would encourage everyone to file a claim,” Naylor, past president of the California Restaurant Association and former owner of Du-Par’s, says. “There’s a lot of discussion about the insurance companies paying the claims if the federal government will reimburse the insurance industry. Wolfgang Puck and Thomas Keller are pushing for that.”

Coffee shops often have slim profit margins, so Jim Louder of Bob’s Big Boy in Downey is juggling funds from his other restaurants, including Marie Callender’s, to pay suppliers. His claim was also rejected, but he’s managed to keep a quarter of the staff on at Bob’s, converting to a drive-through-only operation.

Andrew Meieran of Clifton’s compares the insurance situation to the immense losses following floods in the mid-20th century that caused the federal government to underwrite flood insurance. “There were systemwide failures where insurers couldn’t pay the claims,” he says. “If [a virus] hits one person it hits everybody and the insurance companies are going to go bankrupt. I think in the future people are going to pay into a fund for pandemic insurance.”

Meiran is hopeful that Governor Gavin Newsom’s Home Meals for Seniors program will help his bottom line. The initiative, announced on Friday, reimburses restaurants up to $28 per meal available which would be delivered at no charge to needy Angelenos over 65. “It gets people working on things helpful to society,” he says, comparing it to President Roosevelt’s New Deal. “And that’s key to getting us back on our feet.” Clifton’s delivery menu will include meatloaf, Salisbury steak, and oxtail soup, Depression-era classics once again available to those who may remember them from the first time around.

As more restaurants file suit agains their insurers and high-profile chefs take their industry’s woes straight to the White House, Steven Badger, a Dallas-based attorney who represents major insurance companies, told Eater, “The insurance policies will be interpreted and applied according to their terms—that’s what always happens when you have disputes as to coverage…What cannot happen and should not happen is the expectation that insurance companies should pay claims that aren’t covered simply because we’re in a crisis situation.”