Home Dining Chefs and Restaurateurs Pastry Chefs Give Us the Skinny on L.A.’s Most Creative Desserts 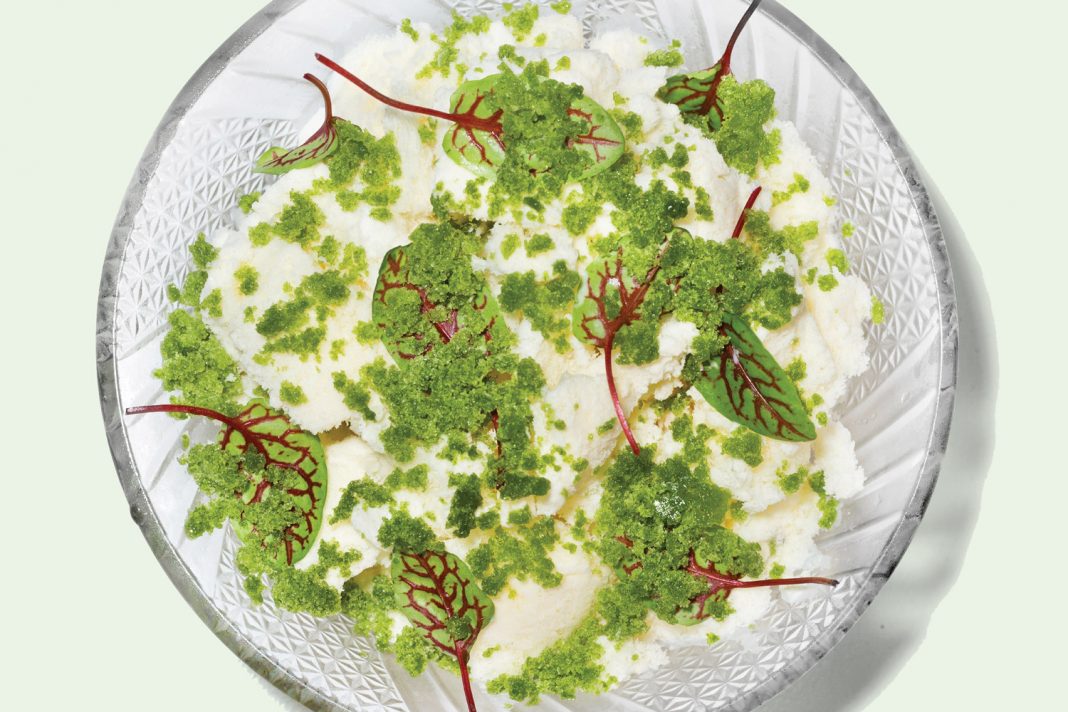 Dessert menus in L.A. are as creative as they’ve ever been thanks to a new generation of sugar geniuses pulling inspiration from their own backyard and around the globe. Here are impressive offerings from four dynamic pastry chefs, who reveal what goes in the mix.

Here’s Looking at You

“Chef Jonathan [Whitener] and I like to hit up international markets for inspiration, and that’s how we found Zandukeli’s Pear soda. It has the essence of pear with a hint of bubble gum. I knew I wanted to create something with it, and I settled on an espuma, which has the texture of a frozen cloud. Underneath are tapioca pearls in fermented honey, which we make at the restaurant. It also has avocado leaf gelée. Avocado leaves, which we found in a small Mexican market, have a flavor similar to anise. The French sorrel granita adds brightness and acidity. The whole thing oddly tastes like bananas.” —Pastry Chef Thessa Diadem 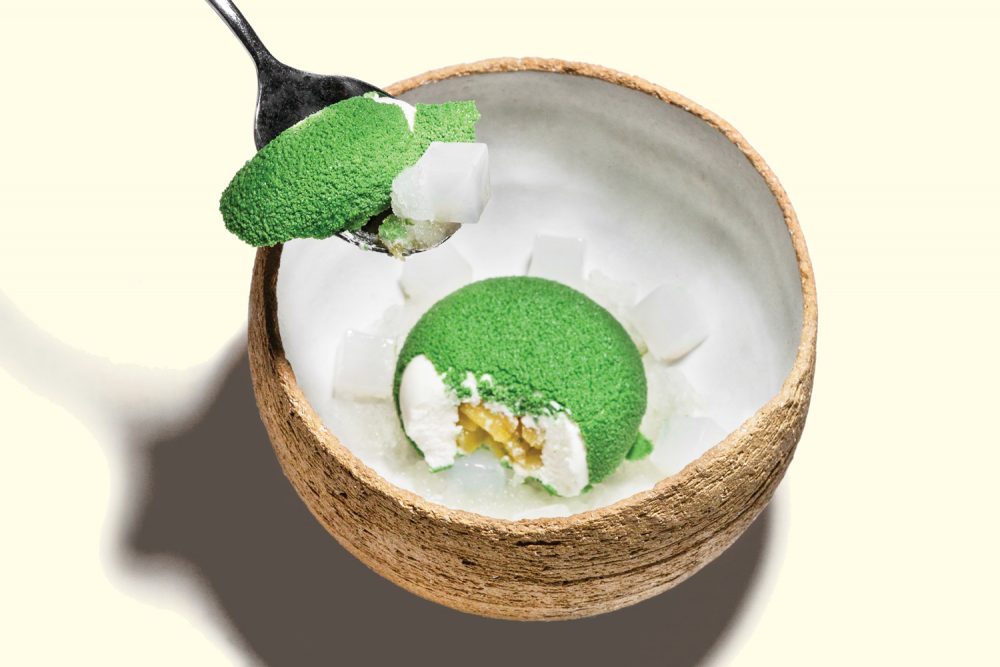 “I love piña coladas, and I love using lime in cooking, and this dish captures both. When I visited Match Stoneware in Culver City, there was this bowl that had an exterior that looked like a coconut, so we worked with them on one for this dessert. The green sphere inside is coconut mousse stuffed with pineapple that’s been cooked with lemon verbena. I add finger limes for a jolt of acidity when you bite down. The green exterior is actually sprayed on, which gives it a matte, bumpy texture. It’s made from white chocolate and freeze-dried passion fruit with green cocoa butter food coloring. The dish’s namesake, nata de coco, is a like a jelly made by fermenting coconut water and coconut meat. Ultimately I just wanted to say, ‘I put the lime in the coconut!’” —Chef de cuisine Max Boonthanakit

The Blvd at Beverly Wilshire Hotel

“This dessert layers raspberry mousse, raspberry pâté de fruit, whipped cream, puff pastry, and fresh raspberries. My inspiration was the classic French dessert, mille-feuille, which usually contains pastry cream and puff pastry, but my version transforms it into a more fruit-forward dessert. The Beverly Wilshire has such a history, but it stays relevant by modernizing its look and appeal. I took the same approach with this dessert, and the result is classic yet modern. The flavor really sings in the spring and early summer when the berries are at their peak.” —Executive pastry chef Chris Ford 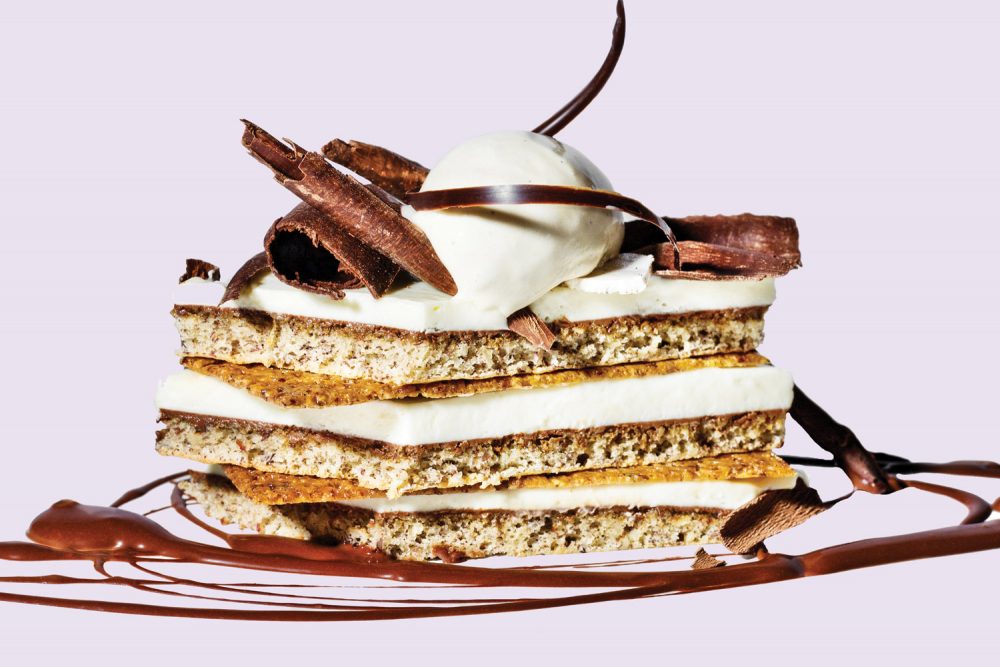 “This is my take on the classic marjolaine, a traditional layered cake, but more deconstructed. It has dark-chocolate crémeux (rich pudding), white-chocolate espresso mousse, hazelnut nougatine, thin sheets of dark chocolate, white espresso ice cream, and hazelnut meringue crisp. I’ve been making variations of this for over a decade now. It was originally one of the petit gâteaux (little cakes) that my team and I made for the National Pastry Team Championship back in 2007. We were the very first all-female team to ever compete in a pastry competition, and it holds many fond memories for me.” —Pastry chef and managing partner Sally Camacho Mueller

8 of the Best Holiday Desserts from Bakeries and Confectioners Across L.A.