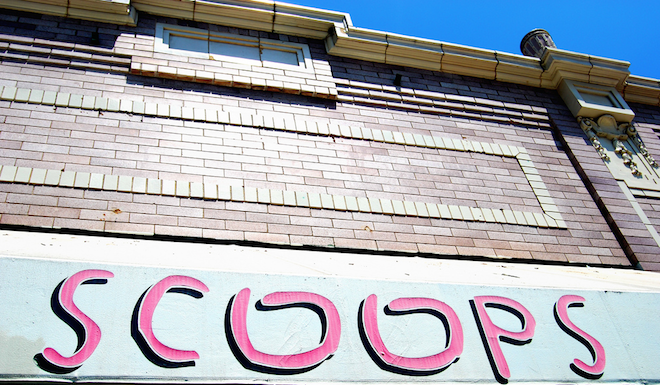 BierBeisl to close, preparing for a big move: Chef and owner Bernhard Mairinger announced last week on the restaurant’s website that he’d be closing BierBeisl’s current location on S. Santa Monica Blvd. early this month. BierBeisl will reopen in 2014 in a much larger space on the Westside and will include a bakery and at least 100 seats, reports the Los Angeles Times. The restaurant’s final day of service in its present location is this upcoming Saturday, November 9.

Urban Garden is now closed, will reopen on Beverly next year: George Abou-Daoud’s (Rosewood Tavern, Twins Sliders) Urban Garden, the mezze-filled Mediterranean joint that served the Fairfax District until early last month has plans to move over onto Beverly Blvd. near Curson. Keep up with the transition on Facebook. The new Urban Garden will be neighbors with the next location of Sweet Rose Creamery. Meanwhile, on Fairfax, Abou-Daoud is turning the old Urban Garden space into another Twins Sliders.

The Oinkster expands: Eagle Rock’s popular burger joint, The Oinkster, is expanding in a big way. Set to take over a long forgotten lot on Vine in Hollywood, Andre Guerrero’s next Oinkster location will include plenty of indoor and outdoor seating as well as a full liquor license.

Scoops to open up in Chinatown: Think the Arts District has been hot for restaurants? Chinatown is just getting started. Though the specific location has not yet been confirmed, Tai Kim’s Best of L.A. ice cream winner, Scoops, plans to open in Chinatown later this year.