Home Food & Drink This Unsung Dish at a Pacoima Birrieria Is a Taste of Michoacán... 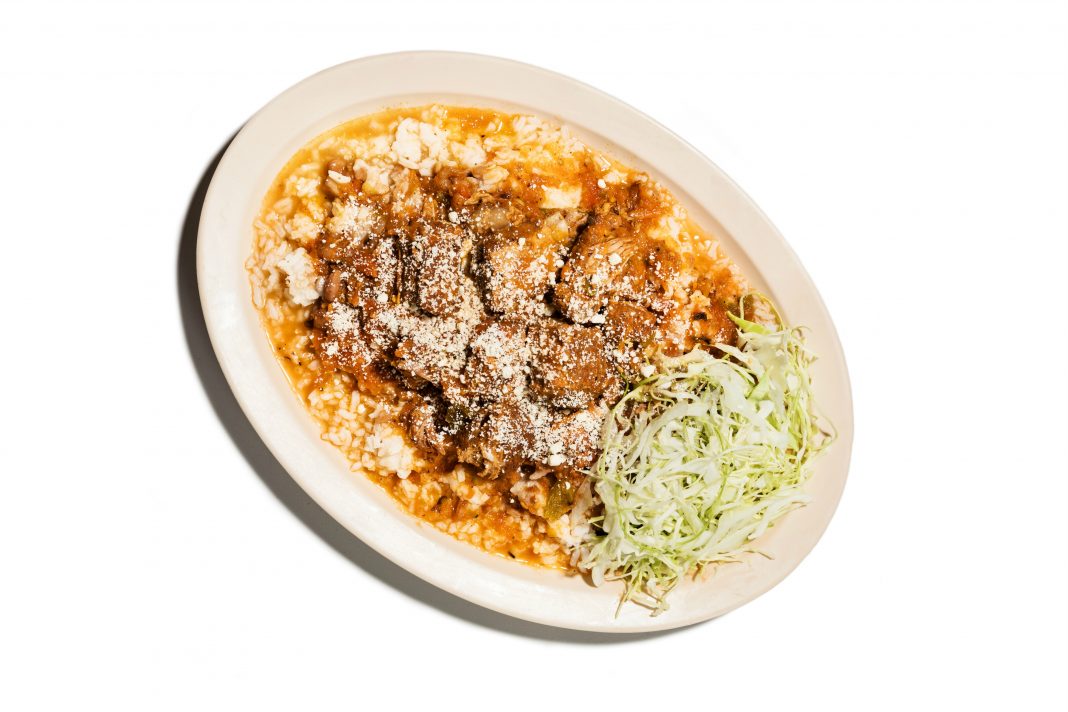 Among the many regional cuisines that make up Mexican food in L.A., the cooking of Michoacán usually appears as carnitas—crisp hunks of fried pork either tucked into tortillas or sold in piles by the pound. Much rarer is morisqueta, a rich bean-and-rice dish beloved in the vast, arid region of southwestern Mexico called Tierra Caliente, which includes parts of Michoacán and nearby states.

At Birrieria Apatzingán in Pacoima, locals flock for a taste of head chef Martin Cruz’s Apatzingán-style goat birria, but it’s his morisqueta that homesick Michoacános crave. A classic main course at local cenadurías—homestyle eateries that sell daily supper specials prepared in big batches—a plate makes for a hearty meal when served with tostadas or tamales. Cruz, who has become something of a celebrity in Pacoima (check out the mural of him behind the restaurant), has been cooking Michoacán specialties since he moved to L.A. from the city of Apatzingán in 1989. Back home, the self-taught chef worked as a dishwasher at his godmother’s restaurant. Now, hundreds of miles away in L.A., he keeps the culinary traditions of his hometown alive and well.

Morisqueta’s base layer is similar to the Cuban dish Moros y Cristianos, the name of which refers to Spain’s Muslim Moors and their Roman Catholic rivals. The use of rice also has roots in the Philippines, a former Spanish colony that shared a trade route with Mexico.

A ladle of garlicky pork broth and salsa keep things moist. Cruz makes the latter by roasting tomatoes on a comal then blending them with serranos and chiles de arbol.

RELATED: Where to Find Mexico’s Regional Specialties in L.A.