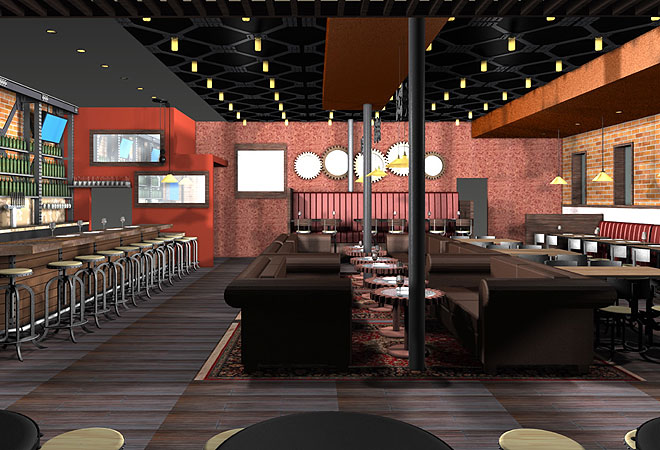 Full disclosure: I’m an Eastsider—15 years deep. Yet, lately I’ve found myself way down in the South Bay a few times a month—the South Bay! Spots like the Strand House, Simmzy’s, and M.B. Post have me battling traffic more often than I’d like (damn if David LeFevre’s biscuits aren’t worth it), and LeFevre’s next one, Fishing with Dynamite, is already on the way. The region’s latest ploy is Circa, a 130-seat Manhattan Beach restaurant and lounge coming from Michael Zislis, the man behind the South Bay’s Strand House and the boutique Shade Hotel.

The menu, which reps claim will skew “bold and international,” is being consulted on by one of our all-time favorites: chef Octavio Becerra. We’ve sorely missed the Palate chef since his Glendale restaurant, which was named Los Angeles magazine’s #1 Best New Restaurant in 2008, closed last April.

“When I first sat down with Michael and Luis Villaneda of the Zislis group to begin discussing food and menu concept we naturally began to make references to some of the dishes and foods that have recently left an impression on us,” says Becerra of the culinary direction. “We discovered that the range of flavors and universal influences were broad and typical of eating out in Los Angeles. ”

We’re not exactly sure what that means, but looking at the menu we suspect it has something to do with charred octopus with gigande beans, chorizo, wild broccolini, and purple mustard. Also, whole crispy Baja sea bass with pea tendrils, bok choi, and Sichuan pepper sauce, and crispy pork belly atop stone-ground grits with wild brocolini and salsa verde.

Zislis seems to be a fan of the consulting chef strategy; he brought in big-gun Neal Fraser for a similar gig at the Strand House and it seems to be working out just fine. The restaurant’s full-time stove tender will be executive chef Byron Freeze, winner of Anne Burrell’s Food Network show, Chef Wanted.

We’re not sure how exactly Julian Cox bends space-time to manage the cocktail programs at six-plus restaurants, but here he is again in charge of Circa’s libations along with Josh Goldman, who has been looking for a home since that whole Mess Hall thing didn’t work out. The so-called “steampunk vintage industrial” interior (ugh) comes courtesy of Larry Drasin Designs, and features “Chesterfield leather sofas, exposed brick walls and moveable doors that, when opened, fill the space with breezy ocean air.” Classic steampunk.

Zislis hopes Circa will open its large, moveable doors by early next month. In the meantime, here are a few of the menu items to tide us over. See you on the 405!