Home Dining Jeremy Fall’s New L.A. Restaurant Wants to Be a Mixtape for Your... 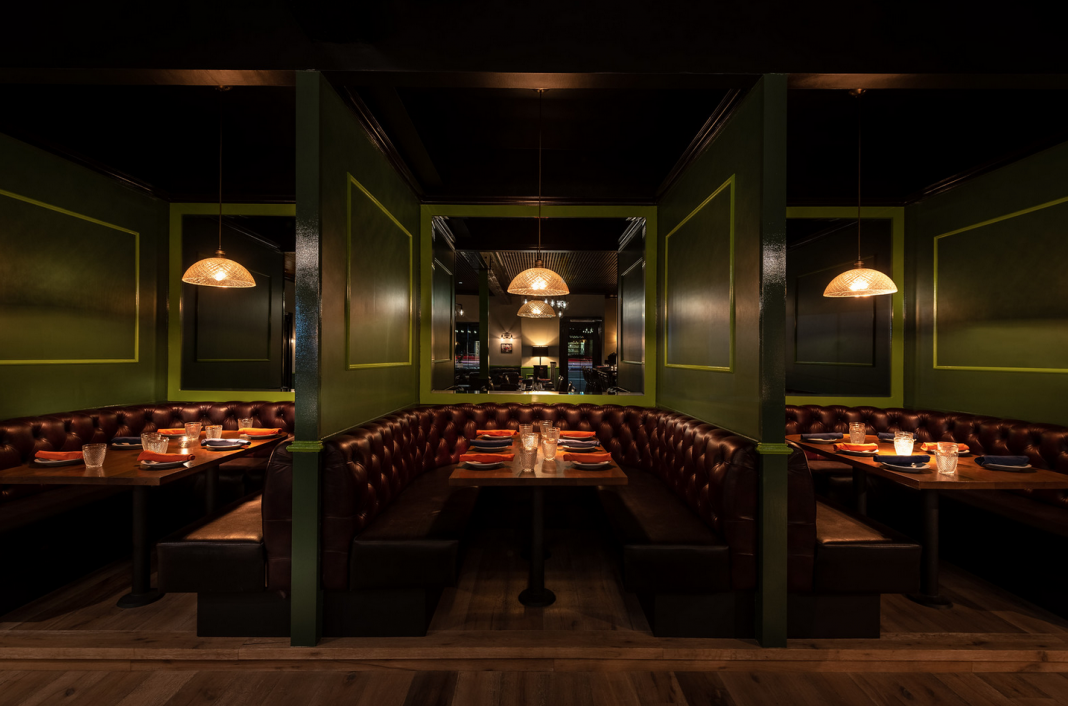 People have been saying “chefs are the new rock stars” since the dawn of the celebrity chef era, but Jeremy Fall is taking that idea to a new, more literal level with his music-focused project Mixtape.

“I’ve been wanting to create the Mixtape concept for a really long time and open a restaurant that feels like an autobiography of my upbringing and love for Los Angeles,” Fall says. “The name Mixtape represents my love for music and being able to translate the traditional ‘musical mixtape’ into the food space by collaborating with a group of musicians that each contributed a painting, sculpture, music, or uniform design.”

Mixtape’s walls will be dotted with visual art from famous musicians including Quincy Jones, Vic Mensa, Tokimonsta, and Jaden Smith. The rest of the decor of the moody space, outfitted in dark wood, leather, and exposed bulbs, was overseen by Fall himself.

Robin Thicke will create custom playlists to soundtrack weekend brunch. By night, the song selections will come from guests; each cocktail served at the bar will come with a credit to add a track of the customer’s choice.

And, since the location (formerly known as the brunch destination BLD) is Fairfax-adjacent, obviously the staff uniforms had to have a streetwear edge. The looks are a collaboration with rapper and Yours Truly owner Phora.

Fall–the chef and restauranteur behind projects including Nighthawk Breakfast Bar, Easy’s, and the now-shuttered Tinfoil Liquor & Grocery–was the first food industry pro to sign with Jay-Z’s talent management company Roc Nation. However, contrary to some previous reporting, Roc Nation is not involved as a partner in Mixtape. The project is entirely that of Fall’s own group, the Jeremy Fall Company.

As for Mixtape’s food menu, it’s an eclectic mix that draws some elements from Fall’s Tunisian-Caribbean-Jewish-French heritage.

“Growing up multi-cultural with parents from different backgrounds allowed me to draw inspiration from old family recipes that I got to develop with my insanely talented kitchen team,” Fall says.