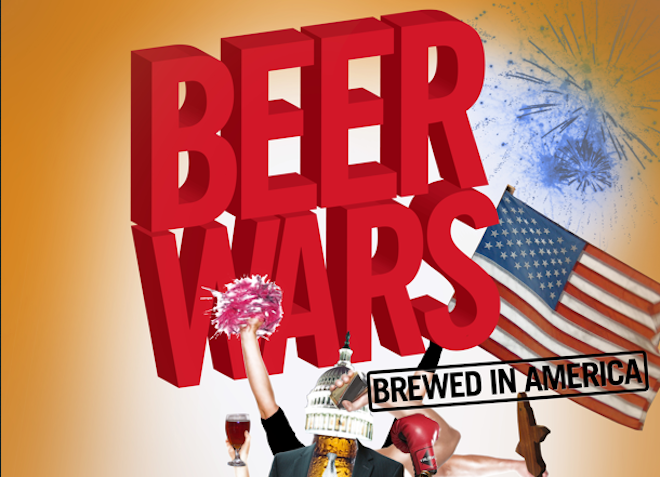 For as much camaraderie as there is in the craft beer business, there are occasional reminders that it is still a business. And with any business, there comes legal junk that nobody wants to deal with. Things like cease and desist letters.

I get it. Companies can lose their trademarks if they aren’t actively defending them, which is to say that if they don’t send these letters, the law is less inclined to be in their favor because they aren’t working to protect their own name(s). But there have been numerous cases of craft breweries receiving—and very publicly responding to—cease and desist letters, and it doesn’t usually bode well for the folks that issued it.

Several breweries have taken to social media, and the backlash against those that sent the C&D can be monumental. One of the more widely reported cases involved Hansen Beverage, the parent company responsible for the foul neon bro-fuel known as Monster Energy Drink, which sent a C&D to Vermont-based Rock Art Brewery in 2009 demanding that they stop using the name “Vermonster” for one of their beers. After a humongous social media backlash, Hansen eventually backed down (after more than 10,000 angry tweets) and allowed Rock Art to continue making their precious barleywine.

Golden Road Brewing took a fair amount of flack back in November for sending one to an Omaha brewery that hasn’t even opened yet. Their planned name, Goldenrod Brewing, pays homage to the state flower of Nebraska: the goldenrod. Regardless, one of the Goldenrod co-founders lamented in a Facebook post that he was “optimistic on the outcome at first, but in the end it was fruitless.” They’re now on a quest to find a new name and rebrand their business.

It bears mentioning that these things can be settled amicably, as San Diego’s Societe Brewing and Denver’s nascent Former Future Brewing Company recently showed. And a bit further back on the timeline, Russian River Brewing Co. and Avery Brewing Co. discovered in 2004 that they each had a Belgian-style beer in their line-up called Salvation. Rather than involving lawyers or invoking rock-paper-scissors, they decided to blend the two and call the resulting beer “Collaboration, Not Litigation Ale”.

But when attorneys hop in, the fact is many small breweries simply don’t have the time or money to dedicate to fighting these cases. Enter the glory of the public letter. A personal favorite of mine involved a small brewpub in San Antonio called Freetail Brewing, getting a C&D from Steelhead Brewing in Eugene, OR over their use of the phrase “Hopasaurus Rex”. Their January 2012 reply, full of jokes and complete with a hand-drawn dinosaur, was a real treat to read. The Netherlands’ Brouwerij de Molen, changed the name of their Rasputin beer after North Coast Brewing, makers of Old Rasputin, contended that it was misleading to consumers. After temporarily changing the name to Disputin’, de Molen ultimately decided on calling it Cease & Desist, and they put their ire right on the bottle.

But as great as all of these may have been, nothing could have prepared me for the greatness that is this situation with Starbucks sending a C&D to Exit 6 Pub & Brewery in Cottleville, MO. The small brewpub makes a vanilla cream ale that a few folks found delightful with a small splash of Founders Breakfast Stout. Somebody tried it and commented that it tasted just like a Starbucks Frappuccino. Along the way, someone used the popular craft beer app Untappd to “check in” to this blended brew, calling it “Frappicino” [sic]. In addition to writing a pretty hilarious reply to the lawyer (and a fictitious “Mr. Bucks”), Exit 6’s Jeff Britton said he would be renaming the beer “The F Word” and enclosed a check in the amount of six dollars as recompense for the profits gained by the three check-ins that could be found on Untappd at the time, “in an effort to remain in good standing with Starbucks and Mr. Bucks in general[.]”

“We just want to help a business like Starbucks. Us small business owners need to stick together.”