Home Food & Drink Why You Might Avoid Hitting Providence, Mozza, Animal, and Other L.A. Restaurants... 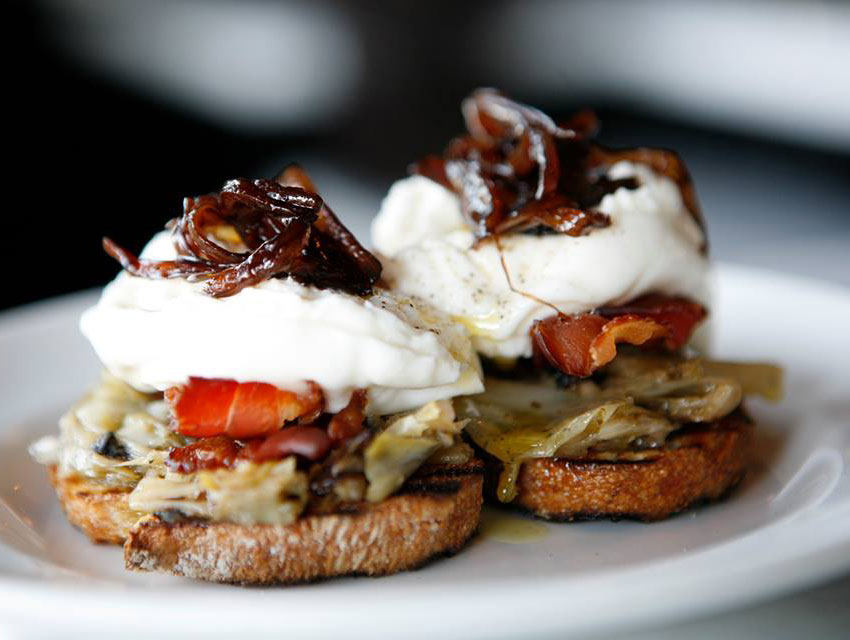 Tonight marks what many in the industry often call the “Oscars of the Food World,” the James Beard Foundation’s annual Restaurant and Chef Awards. (We’re still proudly sporting a fresh medal from last week’s Beard foundation Books, Broadcast, and Journalism awards—it works with everything.) While we may not have the vast number of local nominees we’d like, many of L.A.’s top talents will be ditching their chef whites for formalwear tonight on the red carpet at Chicago’s Lyric Opera. Will their not being in the kitchen affect your meal? Probably not. But if catching a glimpse of Nancy Silverton behind the mozzarella bar was a big reason for your Monday night Mozza reservation, you might want to think again.

Chefs Jon Shook and Vinny Dotolo  aren’t at Animal or Son of A Gun either—they’ve been documenting their pit stops at Chicago standbys Jimmy’s Red Hots and Dove’s Luncheonette over the weekend, while their competition for Best Chef West, Jeremy Fox, appears to have left his post at Rustic Canyon for brunch at Logan Sqaure hotspot Lula Café. We’d be shocked if Providence’s Michael Cimarusti, our third hometown hero in the category, isn’t far behind.

Back to life cocktail by @paulkahan and team, killer

The award for the most delicious Chicago getaway so far, though, goes to Maude’s Curtis Stone, whose Instagram feed has been killing us with snaps of donuts, ramen, and deep dish since he landed yesterday. The Australian charmer isn’t missing anything here, though. Maude is closed on Mondays.

I don’t know how I’m going to fit into my trousers tonight! #jbfa pic.twitter.com/zALOfvNcVg