Home Media Michelin Will Rate L.A. Restaurants This Year–But Does Anybody Actually Want That? 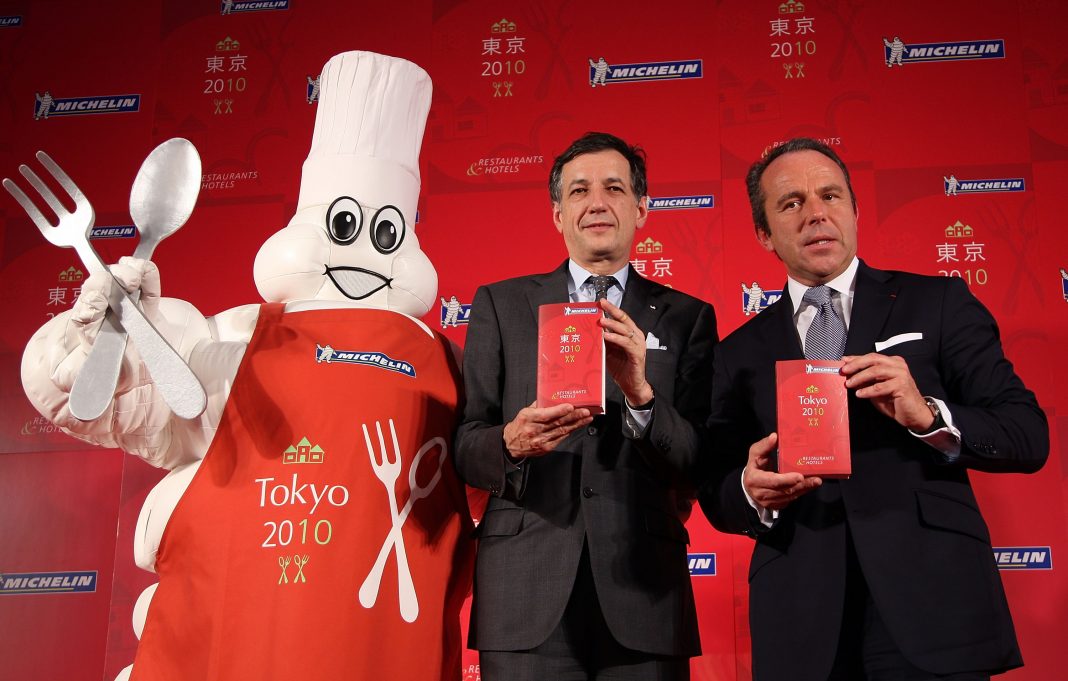 Starting in June, L.A. restaurants will have their first chance to be awarded Michelin stars in more than a decade. Rather than bringing back the city-specific book, as Michelin published for 2008 and 2009, this time around it will be a California-wide book. The Old World fine dining authority will augment its existing guide to San Francisco and the Napa Valley with new sections for Los Angeles, Orange County, Santa Barbara, Monterey, and Sacramento.

The announcement of L.A. ratings has hit the local dining scene with more of a thud than a warm embrace.

“I’m not saying there’s no use for Michelin in this town,” Mona Holmes wrote for Eater L.A. “We have plenty of cars that need tires.”

And while one might take the dismissal of the guide from a theoretically competing food media outlet with a grain of salt, her sentiment has been echoed by others in the SoCal food community–even the people who, one would think, would have the most to gain from such a guide.

Chef Carlos Salgado has won just about every award possible. Any Michelin guide to the area would almost have to include his this-dish-will-change-your-life-level restaurant Taco María (the definition of two stars is “excellent cuisine, worth a detour” and if we’re willing to detour to Costa Mesa, you know it’s excellent). And yet, he isn’t looking forward to the publication at all.

“There is nothing that Michelin, as a Eurocentric fantasy fiction, can contribute to the dialogue about what it means to be Californian, Angeleno, or Latino American that we can’t learn from each other or from the profoundly informed and inclusive work of our home-grown voices,” he posted on Twitter.

Even restaurants that are polished and chef-driven and check every box of sophisticated dining, still often get skipped over when it comes to stars, for reasons that many critics of the guides chalk up to simply not fitting the narrow image that Michelin inspectors go for.

Michelin’s most recent addition of a guide before this California expansion was Washington, D.C. While the announcement that the little red books would be launching in that city was initially greeted with a flurry of excitement, it turned to disappointment quickly, says D.C. food writer and podcast host Eddie Kim.

“A lot of the restaurants that those of us in the industry think are really great and deserving do seem to get snubbed when the rankings come out,” Kim says. “It’s kind of reached the point where more people are just ignoring the Michelin. We’re more likely to look to James Beard Awards or Bon Appetit as institutions that offer meaningful recognition.”

That has shown up particularly in which restaurants get stars, versus which are shunted into the section of the book known as Bib Gourmand. Awarded since 1955, Bib Gourmand was intended to recognize great cooking at more casual price points. The standard to qualify varies by city; but in the U.S. it’s typically that a diner should be able to have dinner for $40. But they seem to have other things that separate them from restaurants that get stars, besides price. One would be hard pressed to actually eat dinner at acclaimed modern Filipino restaurant Bad Saint or José Andrés’ elegant Mexican restaurant Oyamel for under $40, yet both appear in the Bib Gourmand listings, and are deemed ineligible for proper stars.

“If you’re not in the European, French model, you’re just at a disadvantage, right off the bat,” Kim notes. “Michelin says that they’re trying to modernize and increase diversity in the panel of inspectors and people who make the decisions, but so far we haven’t seen any evidence that it’s anything other than talk.”

The Michelin guides to Singapore, Hong Kong, and Macau do have listings (and, in the case of Singapore, stars) for street food. If they ever wanted to launch something similar in the U.S., Los Angeles would be the place–and yet, as Salgado noted, the increase in regulation and attention from outsiders could ruin the best community street food institutions.

Besides Salgado, other local chefs we really do love are likely to benefit from the guide’s arrival. Niki Nakayama of n/naka stands to join the still too-short list of female chefs to receive a star. Dave Beran could get a nod for everything he’s doing with Dialogue, or Aitor Zabala at Somni. But, as much as we do want that for them on a personal level, will the publication of this guide really help the community? Or will it just contribute to the stampede of New York or Bay Area chefs, bored of their home cities, setting up shop in L.A. to seek stars and cash in on the city’s new-to-them caché?

“With access to many of the world’s best farms, food producers, and vineyards, California cuisine is respected worldwide, not only for the quality of its ingredients but also due to the creativity displayed by its chefs,” Michelin Guides director Gwendal Poullennec said in a statement announcing the new guide.

Yes, we’ll happily take credit for the fantastic ingredients that come from California farms (and thank the incredible people who work those farms), but it’s not purely creativity that sets chefs here apart. It’s also the diverse, vibrant community that gives L.A. its distinctive flavor.

What Chefs Think About the Michelin Guide’s Return to L.A.