Home Drinking Beer How Do Store-Bought Micheladas Stack Up? We Taste Tested Them to Find... 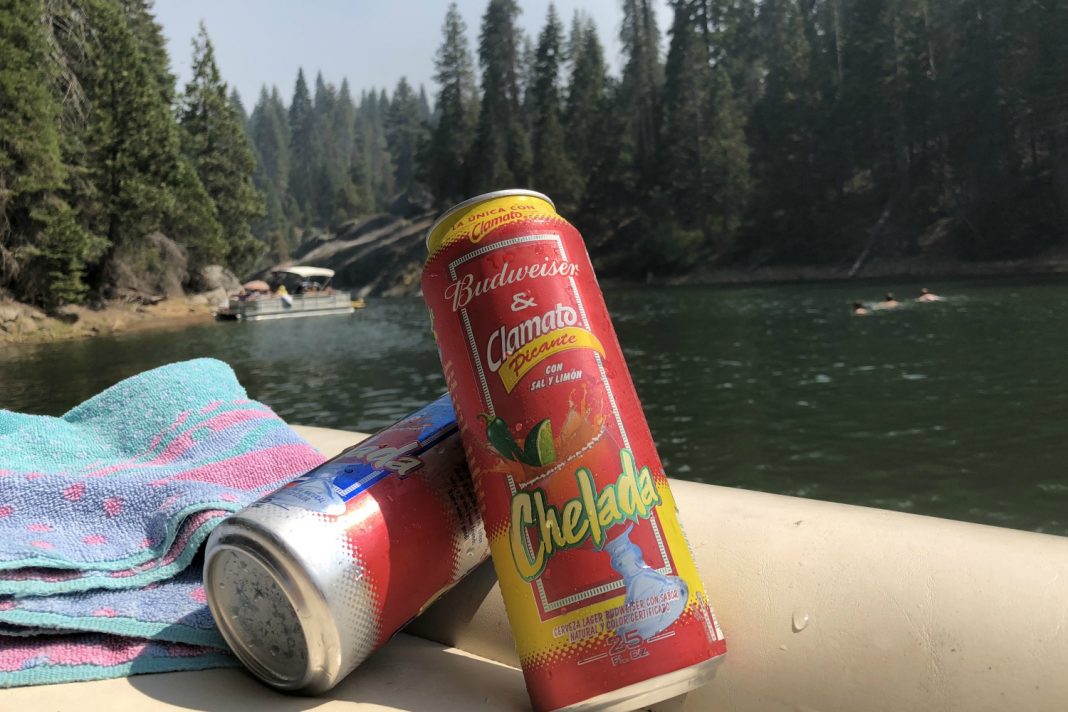 There is absolutely nothing better than drinking a michelada outdoors on a hot day. A cold beer goosed with flavor from lime and/or tomato juice and/or hot sauce and/or spices and/or seafood makes for an intensely refreshing beverage that will also give you a nice little buzz. Micheladas are pretty easy to make and good recipes abound, but sometimes making one yourself just isn’t going to happen.

For the motivationally challenged among us, there are a ton of readily available michelada options, both pre-mixed cans and just-add-beer spice blends. We snagged six cans and four mixes, mostly from convenience stores, then sat outside over a couple of long, sweaty afternoons and slammed them all. Each one received scores out of ten in three equally important categories—flavor, style, and crushability—which we combined into one final total out of 30. What follows is a definitive list of the best store-bought micheladas.

The package brags that the Bud Light Chelada is the only one made with Clamato, but if it weren’t splashed all over the can you’d never know it. It tastes pretty exclusively like sugar and the chemical residue of red food coloring. The packaging is somehow both garish and boring, and with a flavor this sweet even crushability—regular Bud Light’s saving grace—is low. Avoid at all costs.

The Budweiser picante edition has a bit more character than the light version, more body, and the faintest whiff of spice, but it mostly still tastes like a bad salty soda and definitely isn’t spicy. Budwesier has a little more cachet than Bud Light, but still—don’t show up to the party with a Bud Chelada if you want to be invited back.

The Tecate Michelada Diablo is the first of these that actually tastes good. Diablo in the name implies spiciness, but it isn’t quite that. Instead, it’s rich and smooth, with a hint of spice that doesn’t overwhelm the beer. The Tecate eagle is cool but their otherwise good design is torpedoed by some unnecessarily literal clip art and a paragraph of text explaining the drink’s authenticity. Crushability is adequate but suffers because of the relatively lower carbonation and a thicker mouthfeel that makes the last third of the tallboy a struggle—it will almost definitely get warm before you finish it.

Now here, finally, is a michelada worthy of the picante title. The first thing you notice is the distinctive smoky aroma of chipotle, and the tamarind lends a smack of acidity that makes you want to come back for more. It’s complex in the way a good michelada should be: tart and salty and interesting and refreshing all at once. The can design is clean and simple, and the tartness will keep you drinking quickly. Ultimately, all of the flavors going on make this more of a sipper than a crusher.

This is a really nice craft michelada collaboration between Temecula’s Black Market Brewing and Redlands’ Ojo Rojo Michelada Mix. It’s more vegetal than most, with a hint of celery flavor and some other greenery to round out the tomato and spice. It’s got a little more heat and acid and a little less of the sweet-salty combo than many of its competitors, which is a refreshing change of pace. It gets bonus style points for being a local craft beer, but loses some for the blah design and smaller 12-ounce can size. The shortboy can is particularly unfortunate considering Ojo Rojo’s massive crushability.

Our overall high score in the canned section goes to the classic Modelo Chelada. It’s light and tart, all tomato and lime, sharp and bright and fully smashable—the kind of thing that empties itself before you know it. You pop the tab and take a crisp, refreshing sip, and then the next time you think about it you’re shaking the empty can, bummed it’s gone. The design is iconic, a speckled white-to-red gradient under that regal-ass logo with a cursive especial dominating the lower third. Modelo, man—damn.

(A note: all of the following were blended with light lager, first in the ratio suggested on the packaging and then adjusted to taste)

The Styrofoam cup with Tajin on its rim and a salt packet inside is iconic, a giant of the genre, and I wish its taste lived up to its ubiquity and panache. Unlike the totally chill shark lounging on the cup, the mix is aggressive, dominated by flavors of powdered lemon concentrate and dusty dried chiles. Doubling the amount of beer mellowed it out a bit, but still didn’t quite save the drink.

The Red flavor is considerably more pleasant, both at the suggested ratio and when diluted a little further. It’s got a lovely balance of sweetness, acidity, and spice, with plenty of tomato and salt but not enough to overwhelm. It suffers from the same packaging issues as the Brown I Love Micheladas mix in the green bottle, but the crushability here is considerably higher, which makes all the difference.

I just happened to snag this single-serving michelada mix, which comes pre-packaged in a clear plastic cup, from a local liquor store and it turned out to be a winner. The cup provides a handy guide for the beer-to-mix ratio, and in this case it works out perfectly, with beer and spice and salt in exactly the right proportions. The mix is less intensely flavorful than the I Love Micheladas versions, and at their respective ideal ratios, Michelada Evolution is a little less delicious but a whole lot more crushable. The branding is minimal but adequate, and the cup is an excellent convenience. All in all, it’s a great product.

The 19 Best Places to Get a Michelada in L.A.