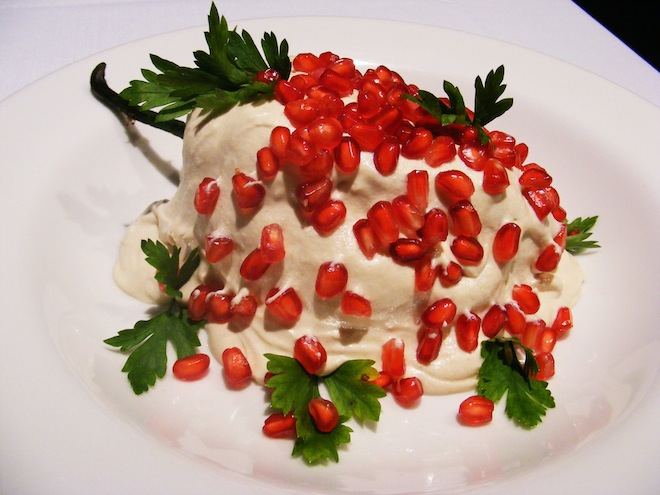 Only four nights ago, Izote by Patricia Quintana held its last service in the Beverly Hills of Mexico City—the Polanco neighborhood. For 13 years, Izote was the torch-bearer for alta cocina, or Mexican haute cuisine (based on the elevation of the 32 distinct regional cuisines of Mexico (31 states and one federal district).

Chef Patricia Quintana is a cookbook author, teacher, chef, and culinary ambassador. Many think of her as the first lady of Mexican gastronomy.

[Full disclosure: I am a personal friend of Quintana’s, and once accompanied her along with two busloads of writers, photographers, chefs, cookbook authors, and restaurateurs from Mexico, the United States, and Europe on a three-week long, five state tour of Mexico.]

I had the privilege of dining at Izote on four separate occasions, including an unforgettable night where I was one of six guests to experience Izote in Quintana’s own home. All of the meals I’ve had at Izote are forever deliciously etched into my memory, but the time I had Quintana’s chiles en nogada was special.

This Mexican haute cuisine classic consists of a roasted chile poblano stuffed with a sweet picadillo of ground meat and seasonal fruit, a sauce of white walnuts, and a sprinkling of pomegranate seeds. The seasonal components to this dish mean that it should only be on the menu from August to the first half of September.

In Puebla, where the dish originates, there are billboards on the highway coming into town announcing popular spots to get your chiles en nogada on with a Vegas-like spectacle. I’ve had chiles en nogada in Puebla, including at El Mural de Los Poblanos. I get them in Tijuana’s restaurant row during the season, and of course that night at Izote.

The dish is a challenge to Mexican chefs in the way that rhythm changes are to jazz musicians—it requires attention to many elements over a complex matrix. The sweet filling and sweet sauce can easily clash with the chile or become too rich—if it’s not balanced it make me feel ill, even when I’ve enjoyed the plate.  Izote always made a delicious, nuanced chile en nogada.

Chef Patricia Quintana’s influence in Mexico and here in the U.S. will continue to be as strong as ever, even though we still don’t have Mexican haute cuisine in the U.S.

Luckily, L.A.’s Mexican star chefs know how to recreate a mean chiles en nogada—La Casita does a fine version, as does Chef Roberto Berrelleza at Babita. La Huasteca in the Plaza Mexico also offers this famous dish during its proper season. This coming August, we can all thank Chef Quintana for her chile diplomacy by heading out to one of these spots for a taste of Mexican fine dining here in L.A.