Home Drinking Everything You Need to Know About the Mexican Wine Everyone Is Suddenly... 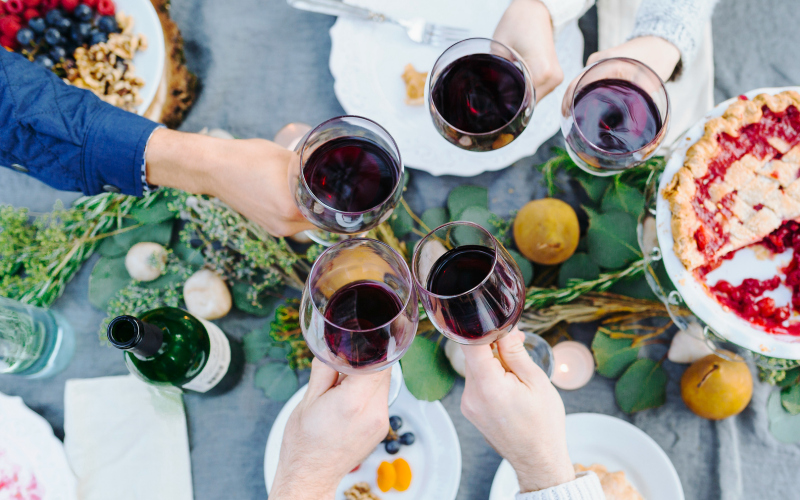 Michelle Martain of LMA Wines has been importing wine from Mexico for 15 years, and has seen the change in how American consumers perceive Mexican wine. “When I started, it was really hard, even to get people to taste them. They could not believe Mexico was making wine,” she says. “About five years ago, that started to change. Now we are considered ‘local’ wine to some Southern Californians.”

Wine-making came to Mexico with the Spanish Conquistadors and spread with the missionaries. Local lore holds that Hernán Cortés’s men planted the first vines because they drank all the wine they brought over with them when they threw a party to celebrate a military victory over the Aztecs in 1521. The Hacienda San Lorenzo was established in 1597 in a town named Santa María de las Parras (Holy Mary of the Vines), about 140 miles west of present-day Monterrey. Renamed Casa Madero in 1893, the estate has continued producing wine for over 400 years, and clippings from the old vines here were among the early plants brought up to Napa to establish some wineries there, though Casa Madero would not begin to export outside Mexico until 1989.

As missionaries fanned out across the then-colony, they took their wine-making traditions with them, establishing several other wineries, but by the mid-1600s, the Spanish monarchy noticed that fewer barrels of Spanish-made wine and olive oil were being shipped to the colony as domestic production became self-sufficient. The friars were informed they could only make wine and brandy for specific church purposes (though several continued to make small quantities available for consumption by the local laity in spite of the order), and any export that might compete with Spanish-grown products was banned.

Around the same time it restricted wine production, the Spanish government also took control over the production and sale of pulque, a popular fermented agave drink developed by the Aztecs. To get around the regulations, Mexicans began roasting the hearts of the agave plant and fermenting the liquid, creating modern tequila. Soon, tequila would come to dominate the domestic Mexican alcohol market, which it still does today, presenting a challenge to the Mexican wine industry.

After Mexico achieved independence, many of the estates owned by the Catholic church were nationalized, damaged, or simply abandoned. One of the few to survive was the vineyards of the Bodegas Santo Tomás in Baja, which continues to be the largest wine brand in Mexico today. For the most part, though, there was little domestic market or international reputation for Mexican wine. It wasn’t until the 1980s that a new generation of boutique and craft-oriented wine-makers started setting up operations, many of them inspired by the growing esteem of California wine.

When that new wave of small wine estates sprung up, it was mostly concentrated in the Valle de Guadalupe area of Baja. In addition to the area’s historic significance, it’s intriguing for wine connoisseurs as well; the soil and climate conditions of the valley make it similar to both the Napa Valley and Rhone Valley growing regions. Because it’s a short 90-minute drive south of the border, the region has benefited from American tourists–especially those visiting from L.A. and San Diego–and the area is now home to nearly 90 percent of Mexican wine production.

“The wines coming from this region tend to be very balanced with rich fruit, good structure, and soft acidity,” says Coly Den Haan, owner of Silver Lake wine shop Vinovore, which stocks multiple Mexican wines. She also notes that several of the Baja wineries are still working with the Mission grapes that were planted for those early sacramental wines, a varietal rarely seen in commercial production anywhere else. “It tends to be a little on the lighter side, with smooth acid, lower tannins, and a ripe, unctuous quality.”

Den Haan carries wines from the Bichi winery, a natural, biodynamic farm in Baja. She’s particularly excited about the brand’s Listán Negro, a chillable red that she expects will be a popular choice for the summer. Importer Martain recommends seeking out the wines of Cavas Valmar, Casa de Piedra, Monte Xanic, and Mogor Badan. In L.A., you’ll see them on shelves at K&L Wine Merchants, Northgate Markets, and the downtown Whole Foods, as well as popping up on restaurant and bar wine lists around town. She’s also collaborating with the team at Chica’s Tacos on a new, custom wine to be made in Valle de Guadalupe.

When it comes to tasting Mexican wine, Martain suggests setting your Old World assumptions about certain varietals aside. “All I can say, is be open-minded. Our Tempranillos are different than Spanish, our Nebbiolos are different than Italian. Don’t try to compare them, just let yourself enjoy a new experience.”