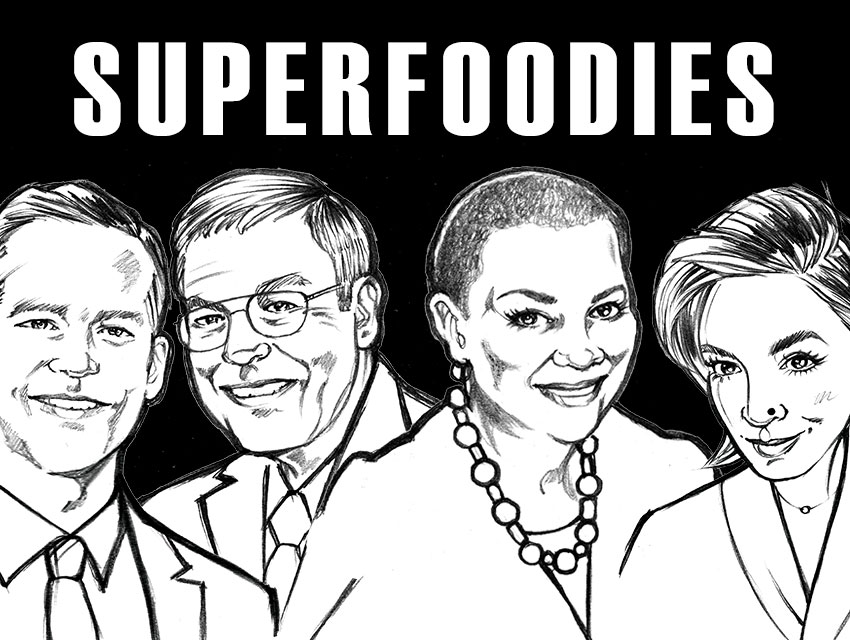 How many times have you eaten at Providence? Is it close to 100? Do you dine regularly with top critics nationwide? These folks have. Here’s how and why a handful of Superfoodies eat better than everyone you know: Claim to Fame: A prolific consumer of food and food media, he dines regularly with top critics.
How it Started: “I grew up in Oklahoma. When I went to college outside Philadelphia and tried sushi, that was it.”
Funding: He works for the financial consulting firm Deloitte.
His Must-Hit List: Sapp Coffee Shop, Night + Market, A.O.C. Claim to Fame: They’ve eaten at Providence more than 70 times, but that’s just the beginning.
How it Started: “We used to cook a little, but now we like to leave that to the professionals,” says Manny. “It’s best to let them do their job.”
Funding: He’s a lawyer; she’s a theatrical producer.
Their Must-Hit List: Bestia, Maison Giraud, République Claim to Fame: She dines out most nights of the week—whether at Son of a Gun or a taco stand—there are no repeats.
How it Started: “I grew up poor, eating potato tacos every night, and I’d dream about trying new things. Now I can.”
Funding: She works in Latin America Digital Content Operations for Netflix.
Her Must-Hit List: Guelaguetza, La Cevicheria, Lucques

These “superfoodies” are four of the 25 L.A. “Food Lovers” featured in our November, 2014 Food Lovers Guide on newsstands now