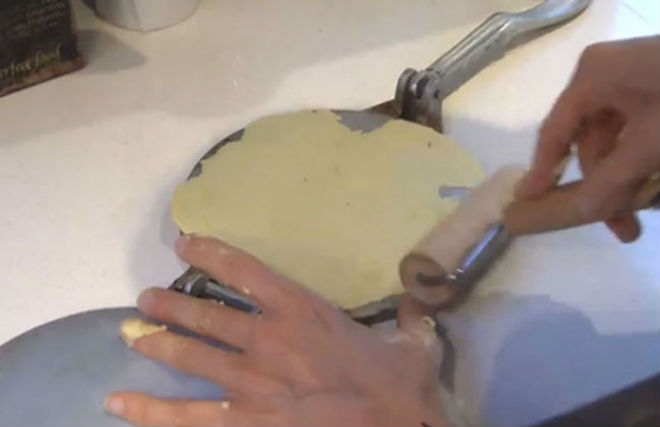 Last week, Argentine celebrity and award winning chef Maru Botana of Argentina’s Maru, en Casa and Sabado en Casa, created an international incident. Her crime? No less than the desecration of Mexican gastronomy. On her personal web page, Maru TV, she portrayed the making of an entirely false taco recipe.

Botana has since been attacked in newspapers, online publications, and on social networks where her ridiculous recipe was called “an act of taco terrorism.” Tabascan chef Aquiles Chaves from Houston’s La Fisheria, and star of Fox Life’s Aquilisimo, scolded the Argentine chef thusly via twitter: “Mrs. Botana, it’s not enough to have good intentions to teach true Mexican tacos; you should study and investigate.”  He went on to say, “to be in front of the camera is a great responsibility.”

What was so bad about these tacos? Certainly we’ve seen everything from the Pico de Gap Truck to Sun Tacos named one of the worst restaurants in the U.S. by the Daily Meal. And don’t forget chef Lorena Garcia’s Cantina Bell menu for Taco Bell, which is a mad chemist’s version of Chipotle.

In Maru’s video (which has since been removed from her website), new ground was broken. To make her tortillas, she mixed corn and wheat flour, salt—that’s a no-no-—with 10 tablespoons of vegetable oil, which isn’t an ingredient in either flour or corn tortillas, and certainly not for hybrid flour and corn tortillas. But the most outrageous moment came when she rolled a tortilla onto the press and then put the whole press directly on the burner—that’s something you don’t see every day, or ever. Not in this, our modern day, and not in the more than 3,500 year history of hand-made corn tortillas.

The filling was made from eggplant, chicken (note there are no chicken tacos in Mexico, unless you’re from Mexicali) tofu, and other vegetables. To add insult to injury, Botana sautéed the ingredients in a wok!

She plated her chicken, tofu, and eggplant tacos onto the weirdly rigid tortillas, and then haphazardly garnished them: some tacos were topped with cherry tomatoes and avocado, but no other condiment—no salsa, no cilantro (even chef Lorena Sanchez would have a problem with that), and no onions.

In L.A. we love all tacos, from the traditional to the hard shell variety, made by Mexicans and non-Mexicans alike, and prepared by professional chefs, line-cooks, weekend warriors, and skilled taqueros. We are open-minded, but chef Maru Botana has infuriated taco lovers in Mexico and beyond (ourselves included) with her tacos of mass destruction.