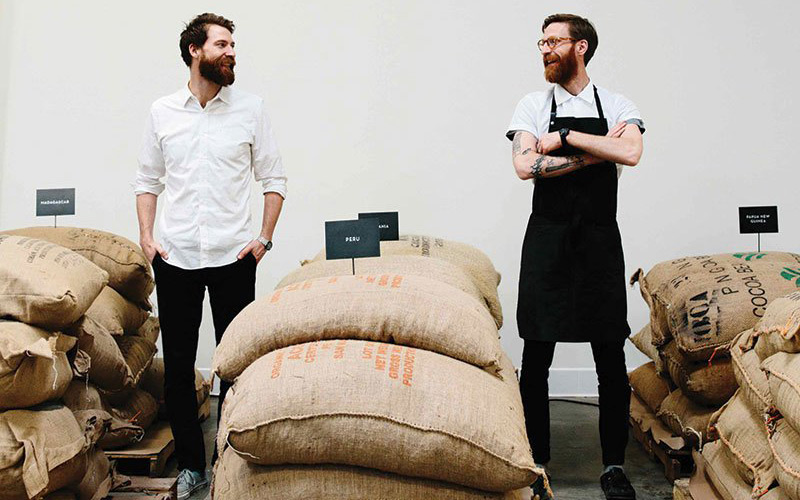 Let me preface this story by noting that, in the grand scheme of things to be upset about today—travel bans, women’s rights, etc.—not having a place to buy goat’s milk chocolate bars is probably low on the “wah wah” list. But still, we’re a little sad to learn that the Mast Brother’s 6,000 square-foot chocolate factory will be closing its doors in downtown’s Arts District after less than a year of business.

The news broke on Forbes.com today, where frequent Los Angeles contributor David Hochman reports that the closure is part of a larger consolidation that includes shuttering its London factory and centralizing all operations at the Masts’ Brooklyn headquarters. Hochman wrote about Rick and Michael Mast for us in an article last year about the city’s burgeoning artisanal chocolate movement, where he marveled at the brothers’ gallery-like “Scandinavian-chic” Wonka-style wonderland of chocolate—complete with unheard-of weekly shipments of fresh cacao pods—and outlined the scandal that surrounded the Masts back in 2015.

“…The Masts took a huge hit after a Dallas food blogger named Scott Craig revealed that the company used couverture (bulk Valrhona, to be precise) in its early days while passing it off, at $7 a bar and up, as scratch-made bean-to-bar. Craig noted that the chocolate tasted better when it wasn’t Mast-made and that once the Masts actually started manufacturing their own, sometime after their Brooklyn factory opened in 2009, it never tasted as good again. The exposé drew outrage from every critic and shopper who had ever felt duped by hipster craftiness and inflation. It did not help that the Masts issued a rather milquetoast response: ‘We sincerely apologize if you or any of our other loyal customers feel they were misled.’”

While admittedly a bummer for all of us who care about L.A.-based manufacturing and, like, candy, I can’t say I’m surprised. The enormous digs always seemed more than a little ostentatious—not to mention ambitious, when you already have massive chocolate making facilities in Brooklyn. And the early dishonesty permanently tainted many people’s perception of the Masts as artisanal gurus. According to Forbes, employees at both Los Angeles and London factories will be offered positions in New York. But there’s no telling where the rest of us are supposed to go for our fix of artfully wrapped, possibly bean-to-bar, scruffy beard-endorsed chocolate fix.