A Syrian flag waves outside Mama’s Shawarma, a black food truck that started parking in front of Ralphs supermarket in Glendale this spring. The logo depicts Chef Eyad Kawak wearing sunglasses, standing in front of two flame-licked spits. He wields a serrated knife in one hand and a knife sharpening steel rod in the other. Kawak named the truck for his mother, Krstein Kantarji, who runs the front of house. They’re from Kassa, a district in Damascus. They had to flee their war-ravaged country in 2013 when Kawak was just 16 years old and have found success selling food from their homeland.

Syria has been embroiled in a devastating civil war since 2011 that had countries like the United States, Russia, Iran, Saudi Arabia, and Turkey taking sides in increasingly deadly campaigns. Bombing leveled vast areas and tragically impacted Kassa. According to the UN Refugee Agency, the war forced 6.6 million residents to seek refuge in neighboring countries, not to mention the 6.7 million citizens who remain displaced within Syria. Kawak and his family survived, but many friends weren’t so fortunate. “I was super worried at that time,” he says. “The war just started. A lot of my friends died. My house got bombed.”

Rather than face mandatory Syrian Army service, which starts at 18, Kawak escaped to Lebanon, where he lived for a year, before making his way to the United States. President Trump clamped down on accepting Syrian refugees, whose entry was already quite limited in the U.S., but Kawak, his mother, and older brother managed to join family members who were previously living in L.A.

“At the moment I have no one in Syria,” he says. “My family is here and most of my friends are dead. The ones that know, they are not living in Syria anymore.”

Mother and son both worked in Middle Eastern restaurants back home and a food truck is all they could afford after moving to Los Angeles. Mama developed all of the recipes, though Kawak now handles most onboard carving and cooking.

They also offer Sunday specials like falafel and red mullet (for Mother’s Day), and barbecue kibbe, the cracked wheat and ground beef staple that’s available in neighboring countries and particularly popular in Syria in many forms.

The business has performed well enough that the family already expanded. They recently launched Mama’s Hot Chicken truck in Hollywood. Instead of serving the Nashville-style birds that dominate L.A.’s spicy chicken scene, Kawak applies a purposefully mysterious “Arabic touch.” Hot chicken may be their latest focus, but Kawak and his mother remain committed to showcasing Syrian food, shawarma, and nostalgia.

As he says, “I want everyone to remember the taste of shawarma back in their country.” 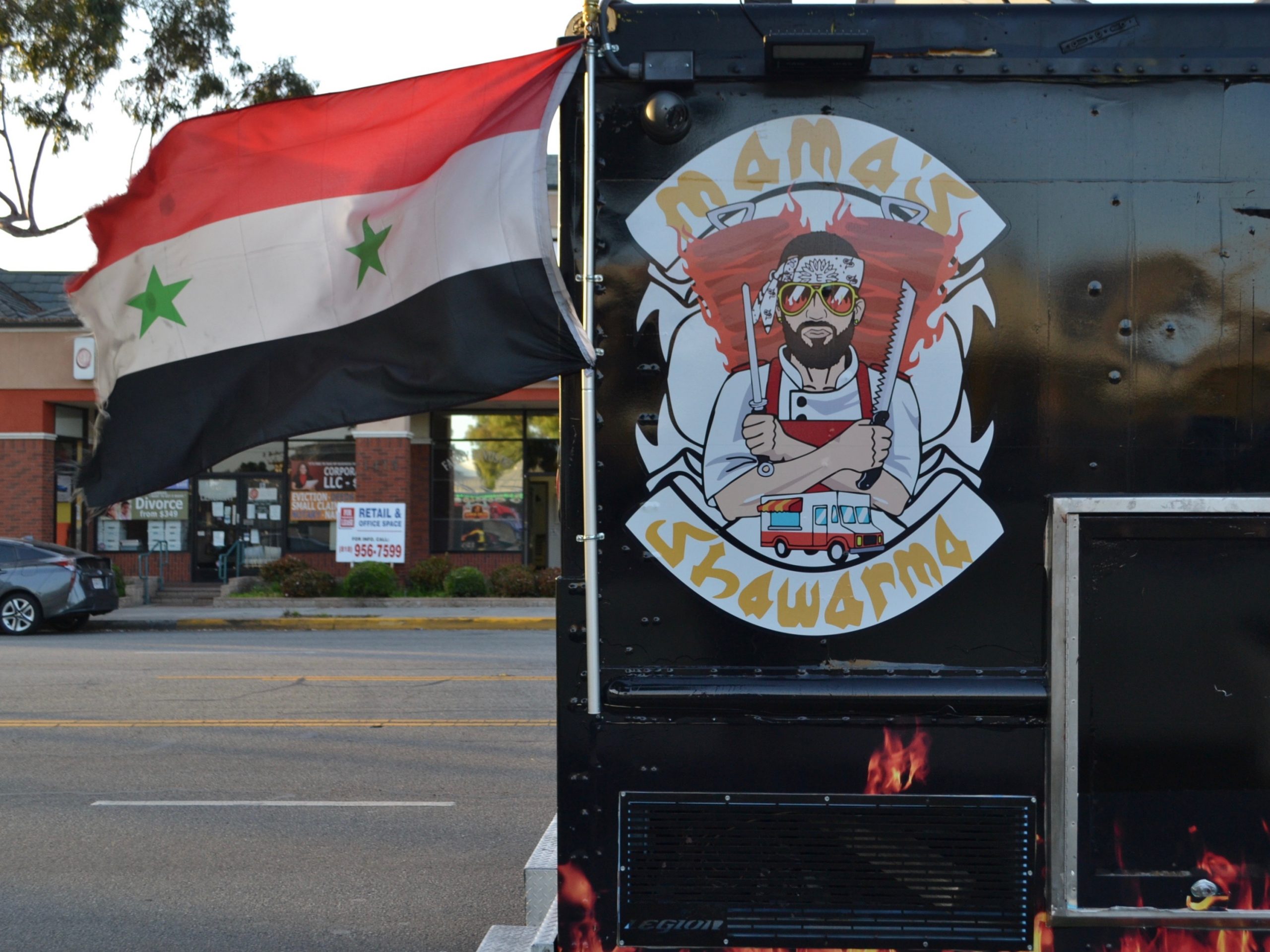