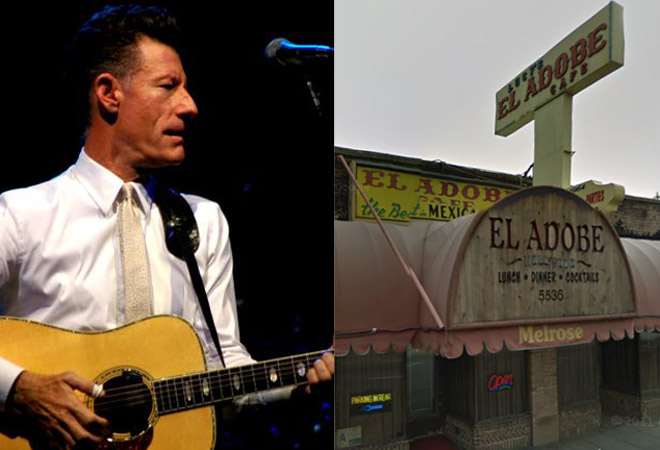 Maybe it was the picnic baskets that filled the garden boxes laid out before him in the crowd, but Lyle Lovett seemed to have something on his mind when he and his large band opened for country legend Willie Nelson at the Hollywood Bowl Saturday night: food. His set—which showed off his deep talent for singing, songwriting, and surrounding himself with great musicians—kept a dining theme. He performed “Keep it In Your Pantry,” a ditty about cornbread, beans, and collard greens, and “Nobody Knows Me,” a love song he joked could be about Mexican food. But the foodiest moment of the night came when Lovett took a break between songs to profess his love for Lucy’s El Adobe Café on Melrose Avenue, saying he and the band order from the restaurant so often when they’re in town recording they have to include a credit for the joint in their album’s notes. “It’s just really good,” he said.