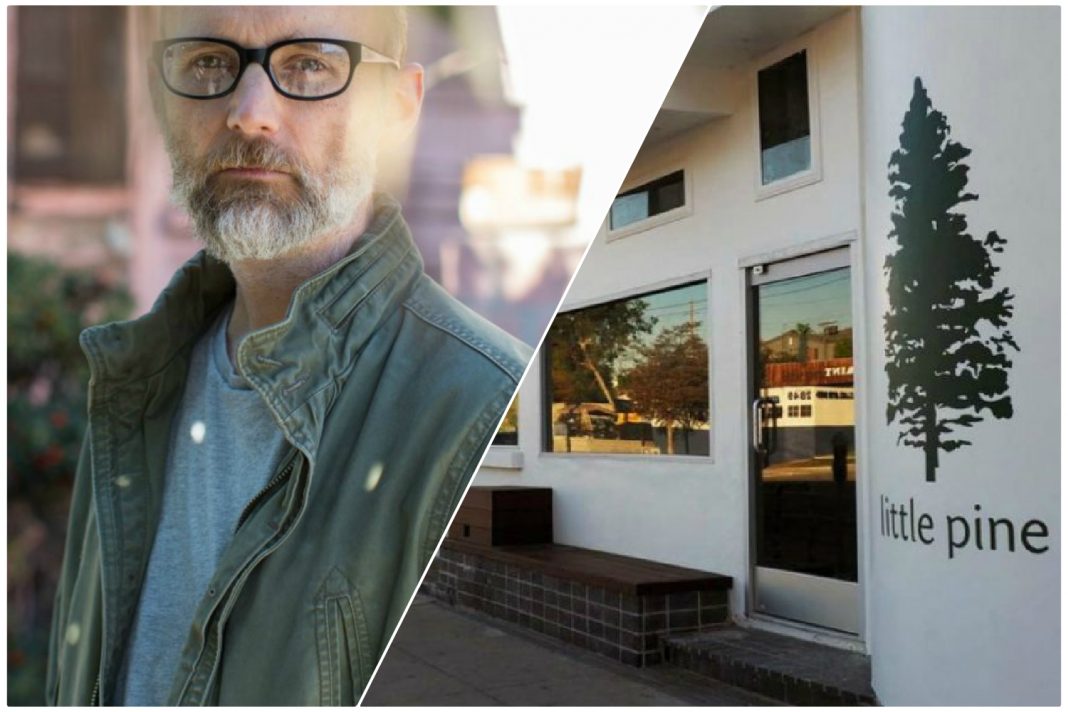 Like many other service industry workers, employees of Moby’s Little Pine vegan restaurant in Silver Lake have been laid off in the midst of an unprecedented economic shutdown. Several former employees aren’t happy with the way their celebrity boss went about making cuts and have taken to social media to air their grievances.

Little Pine shuttered on March 15 as in-house dining was shut down across the city. According to one employee who was with the restaurant from its 2015 opening till the recent layoffs, staffers were told at first that the closure would only be for two weeks. On April 1 they were informed Little Pine would go on “complete hiatus,” and on April 3 they were told their jobs were terminated. Moby reportedly did not communicate directly with employees until April 14 (the same day Little Pine management was first contacted by Los Angeles for this story).

“Moby never once reached out to us directly about any of this until more than a month after we closed, when a weak and avoidant apology was sent to his staff,” the longtime employee says. “During the layoffs, however, the staff only heard from him through our GM. He never spoke to us, emailed us, communicated directly to us during the firing process.”

Another former staffer, Sasha Ortiz, describes the communication from Moby as “a very flat, impersonal email” that left her feeling confused and upset.

“Pretty heartless,” she says, describing Moby’s treatment of the employees. “Then again, he never bothered to learn any of our names after years of working for him, so I can’t say I’m surprised by his behavior.”

Ortiz says her understanding is that the decision to shutter and lay off all staff came directly from ownership. “I know that Little Pine’s closing and terminating its employees was not the idea of management, who are now also fired,” she says.

Little Pine management did not respond to a request for comment, but a statement posted to Instagram describes the restaurant’s current financial strain.

“All we ever wanted was to be a good vegan restaurant and serve our community and generate money for the animal rights nonprofits we love,” the post’s lengthy caption reads. “And now not only have we been forced to shut down, but we are on the verge of bankruptcy, while being viciously attacked by countless strangers.”

Comments on the post have now been turned off–former Little Pine employees we spoke with allege that several workers were blocked on Instagram for posting critical remarks–but a number were screen captured and shared.

from an employee that was blocked after commenting pic.twitter.com/Fb0Ik59tyr

“It would be amazing to see Moby do something good for his former employees financially,” Ortiz says. “That would be a way to make us all feel seen and valued. He could easily set up a crowdfunding campaign for us and distribute that wealth so that we could maybe buy health insurance through Covered California or just to buy groceries. Basically if he treated us with the kindness and compassion that he treats the animals he cares so much about, none of this controversy would have ever come about in the first place.”