When Felicity Curin picked up her youngest child, Gwen, from her first day of preschool years ago, she was surprised when the teacher merrily told her that Gwen had spent several hours of the day washing windows.

“I was like, ‘What? She did what?!’ ” recalls the Vancouver-based mother. “This is an Ivy League preparatory school. I freaked out.”

Gwen, now 16, was enrolled in a Montessori program. Curin wasn’t all that familiar with the educational philosophy, which emphasizes independence and self-directed learning, and, for younger kids, often involves lessons in practical life tasks like cleaning or sewing. After Curin calmed down, she met with Gwen’s teacher, who explained more about the Montessori Method and how hours of window cleaning could be extremely challenging and fulfilling to a three-year-old.

“I started volunteering in the classroom—anything I could do to be around it,” recalls Curin, who came to love the approach and went on to get a degree from the Association Montessori Internationale.

Curin, 47, is also a professionally trained chef, and she came to realize how drawn kids were to cooking. “My children’s friends loved hanging out in the kitchen and would eat everything I made,” she recalls. So an idea was hatched for a kiddie cooking school inspired by the Montessori Method. It started as a hobby, but as Curin worked on a business plan with her husband, Brian, it became apparent it was something bigger.

“I was like, ‘We should be scaling this globally,’” says Brian, 46, an entrepreneur who has launched a number of global brands, including Cold Stone Creamery, Flip Flop Shops, and Moe’s Southwest Grill.

They opened the first Little Kitchen Academy in Vancouver in June 2019, and it soon took off. 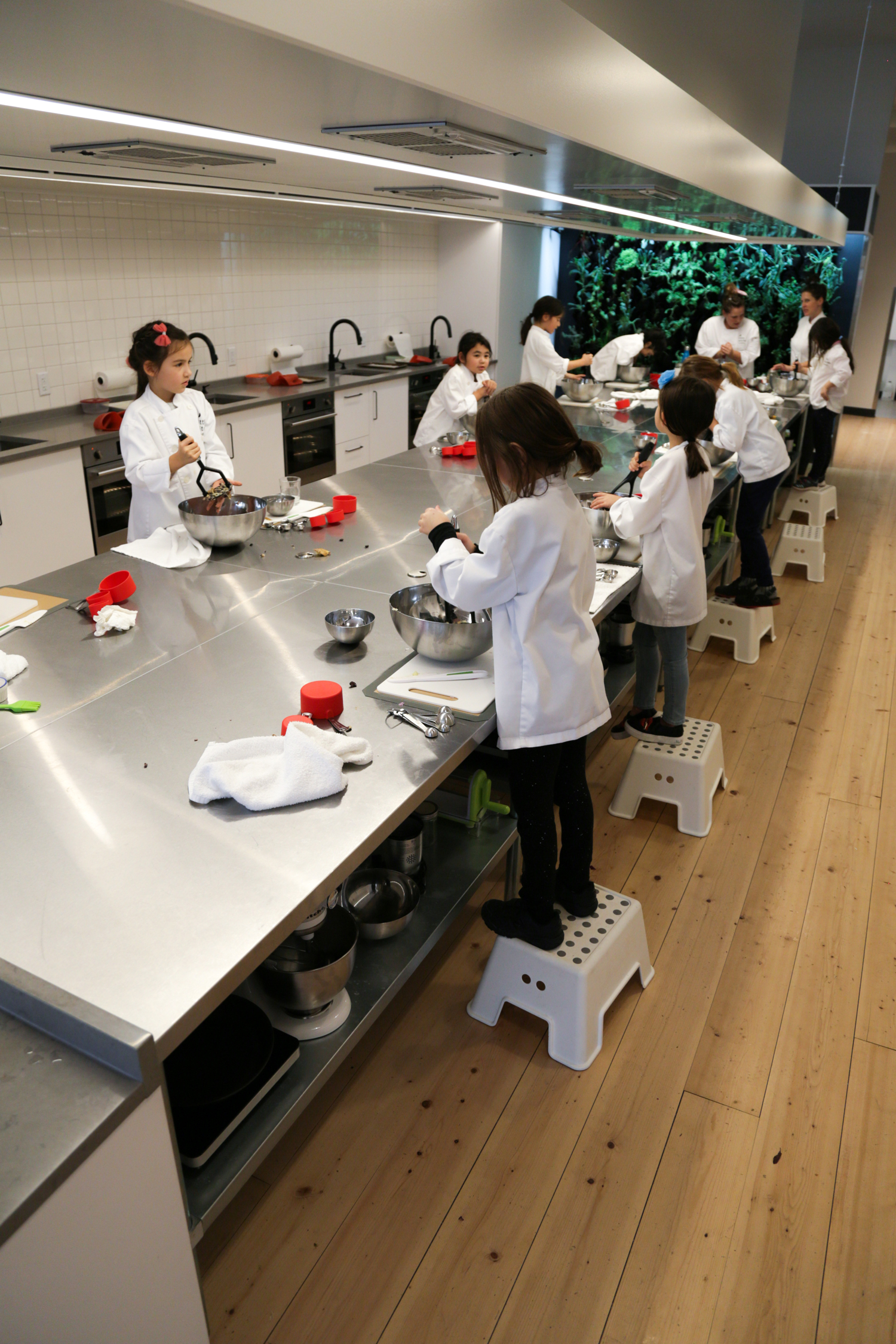 Now they’re rapidly expanding, with several new locations planned for 2021, including one in the Westfield Century City mall—the first Little Kitchen Academy in the States—opening in June. By the end of 2025, they aim to have more than 400 locations worldwide. While LKA is hardly the only place schooling kids in the kitchen, the Curins say their approach is unique.

Sessions (which will cost about $75 to $100) are three hours—in the Montessori approach, a three-hour cycle of uninterrupted work is a key tenet—and each child has an individual workstation with his or her own sink and oven. With the school’s emphasis on self-reliance, even in non-COVID-19 times, parents must drop little ones off at the door and not come inside.

Kids do everything to prepare dishes like red lentil soup with feta or carrot-cake pancakes themselves—from “shopping” for ingredients from the refrigerator to chopping veggies using age-appropriate knives. LKA welcomes kids from age three to teenagers, including those who are differently abled.

“There are other cooking schools, but it’s completely apples to oranges,” says Brian.

LKA is also set apart by its high-profile partnerships. Birkenstock is supplying the chef shoes, while Food Network star Cat Cora is an investor and ambassador.

“We are teaching kids skills that will stay with them for the rest of their lives,” raves Cora, who plans to send her own sons to the Century City LKA.

Curin is quick to note that she’s teaching far more than cooking. “Food,” she says, “is just the vessel for life experience and confidence.”