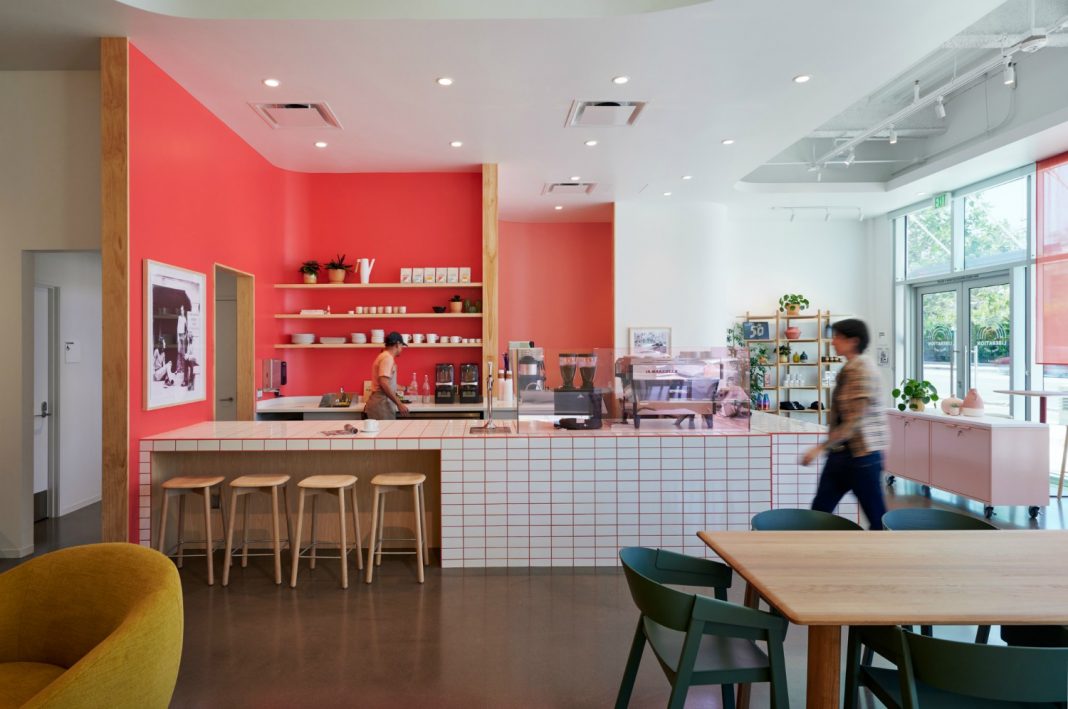 Opening a café in the middle of a pandemic might seem ill advised from a business perspective, but for the new Liberation Coffee House, located inside the Los Angeles LGBT Center, taking on that challenge is part of the mission.

“We felt it was important to open the café amid the pandemic to provide further employment opportunities for our culinary graduates,” says Nick Panepinto, who helps run the Los Angeles LGBT Center’s Culinary Arts program with Janet Crandall. “We also wanted to serve both the LGBT and local community that Liberation Coffee House was designed to celebrate and embrace.”

The café recently opened on the southwest corner of the center’s gleaming Anita May Rosenstein Campus in Hollywood. With the recent closure of Cuties café in East Hollywood, Liberation Coffee House carries the distinction of being the city’s only LGBTQ-focused coffee bar, though everybody’s welcome.

Shutting down the three-month-long, intergenerational Culinary Arts program entirely during the pandemic would have been devastating, since so many people rely on their food for daily sustenance and because students count on the training to earn a living. To keep the program rolling, the Center cut class sizes in half to allow for proper social distancing. “To further promote social distancing, we have altered our teaching methods from demos around a central kitchen island to a hands-on apprentice style training,” Panepinto says. Program graduates staff Liberation Coffee House and make food and drinks for customers.

The name is a nod to the liberation houses that the Gay Community Services Center (GCSC)—Los Angeles LGBT Center’s precursor—started opening in 1971, providing rooms to homeless people in need for $1.50 per night. The walls are decked out in photos from the center’s archive, not just of people in front of liberation houses, but also gay pride parades and vintage Los Angeles LGBT Center posters.

Many people don’t have as much money to give to charities during the pandemic, a fact that’s forced the Los Angeles LGBT Center to temper expectations and radically rethink its programs and approach.

According to Los Angeles LGBT Center CEO Lorri L. Jean, “Some of our longtime supporters have lost their jobs and have had to put giving on hold until the economy rebounds. We’ve also had to cancel every fundraising event that was scheduled for 2020, including Simply diVine, AIDS/Lifecycle, and our Anniversary Gala. The result of all of this, so far, has been a loss of more than $3 million dollars—funds which provide crucial support for our life-saving programs and services. At the same time, the pandemic has required us to create new programs, such as our Pride Pantry food bank which is now providing a box of nutritious produce and dry goods to more than 400 people every week.”

Even though Liberation Coffee House is brand new, it’s hardly business as usual. “We significantly decreased our expected revenue goals for the first year and reduced our initial operating hours,” Panepinto says. That said, Liberation Coffee House and the LGBT Center are considering so much more than profits and losses. Simply by being in business, pandemic or not, Liberation provides much-needed hope.