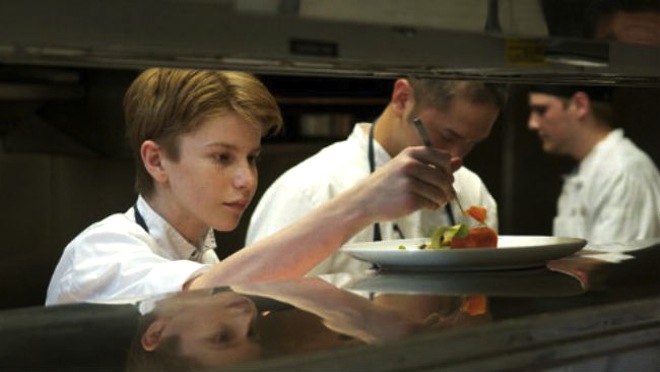 Flynn McGarry, 14, has been called a “culinary genius,” “wunderkind,” and an “emerging talent.” He’s cooked at the White House. He’s worked in some of America’s best kitchens, including Next in Chicago, the Modernist Food Lab in Seattle, and Eleven Madison Park in New York. In between school classes, he runs a supperclub called EUREKA. He has, since 2011, cooked dinners for hundreds of guests at several events and restaurants around town, including (the now closed) Playa and Beverly Hills’ BierBeisl.

So, is his food as good as the hype? Here’s a chance to taste it for yourself.

This week, this is not a pop-up, a culinary incubator from management team Helena Brown and Helen Springut host McGarry for a four day engagement from April 18 – 21.

Reservations must be made in advance. this is not a pop-up is currently held at Tiago Espresso Bar + Kitchen 7080 Hollywood Boulevard Los Angeles, CA 90028