Home Dining The Legend of the Chinese Mooncake 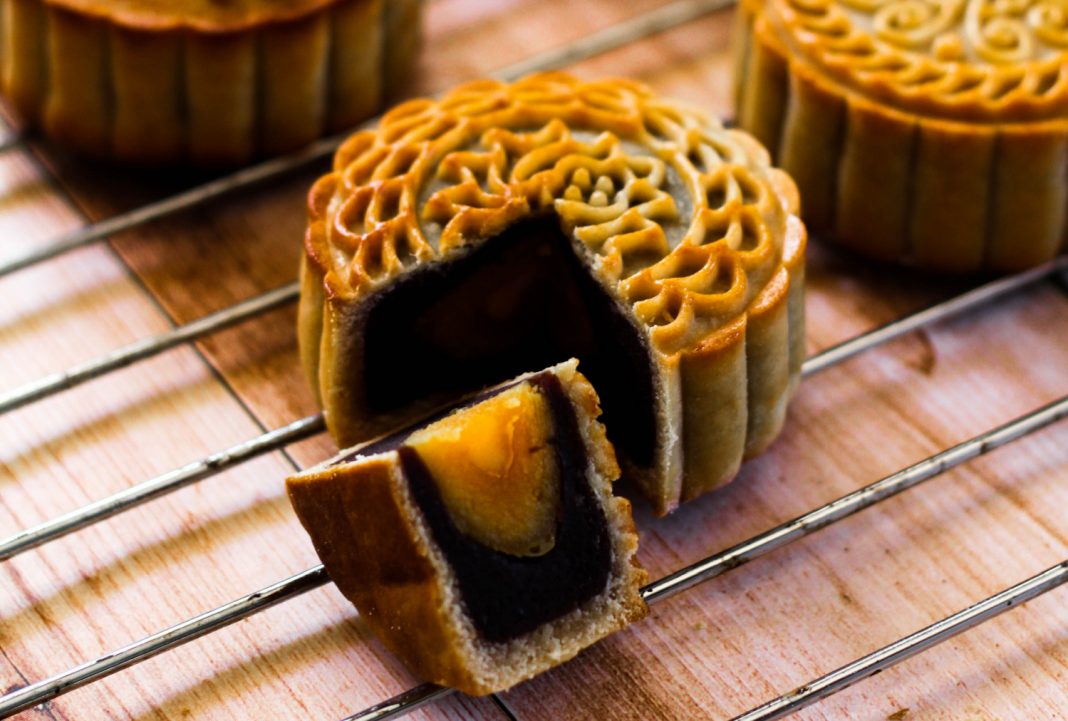 Photo by Huong Ho on Unsplash

The fable of Moon Goddess Chang’e is an integral one during the Chinese Moon Festival. It is the tale of an ancient hero Hou Yi—a heroic archer—who shoots down nine of ten suns during a disastrous year when ten suns arose at once (and you thought this summer was sweltering). In one telling of the legend, Yi becomes corrupted and tyrannical from his new power and is offered an elixir of immortality. However, his wife Chang’e, fearful for her people of an immortal and cruel king, steals the potion, drinks it herself, and escapes to the moon. The furious Yi shoots arrows at her as she flies moonward but does not strike his target. Now she resides on the moon as its goddess and is celebrated every moon festival.

According to Youlen Chan, manager and head baker of Chinatown’s Phoenix Bakery, the next two weeks is a celebration of the annual Chinese Moon Festival and tradition of eating and gifting mooncakes. These special pastries are the centerpiece of the holiday and an important part of Chinese culture dating back as early as 1600 B.C. when the cake was dubbed “teacher’s cake” and constructed with the signature thin layer of crust that encases a filling.

Even today, most mooncakes are the same design with a thin, chewy, and flaky crust surrounding a filling. The fillings themselves can range from a basic lotus or red bean paste to multi-ingredient centers crammed with melon seeds, candied fruits, salted duck egg yolks, and ham. Many Asian countries with Chinese expats have their own styles of mooncakes, and several regions in China specialize in their unique versions. The mooncakes typically found in Los Angeles are the Cantonese variety, which are fairly traditional, although other styles are available here too.

However, the classic mooncake holds a single egg yolk as it symbolizes the moon. When a mooncake is bisected, the visual of a golden yellow yolk against a dark paste filling is quite dramatic, like a full moon mounted against the vast night sky.

The outside of the mooncake tells another story: Long ago, it is said, Chinese military leaders clandestinely passed messages that were either hidden within or embossed onto the cakes. Many mooncakes have intricate, decorative designs etched on the crust. Some of them, like the mooncakes at Phoenix Bakery, one of L.A.’s oldest Chinese bakeries (founded in 1938), have the actual ingredients and the name “Phoenix Bakery” encrusted on the flaky exterior.

Phoenix Bakery’s mooncakes are hand made from scratch everyday and available now. Prices range from $7 a piece for the basic lotus or red bean paste filling to $9 for the fruit nut variety which includes seeds, dried fruits, coconut, salted duck egg yolks, and Virginia ham (kinda like the Chinese version of Moons Over My Hammy).

Some think of the mooncake as the Chinese fruitcake. Chan explains, “They’re given as gifts to family and friends during this Autumn holiday.” In fact, the fruit nut style even resembles a mini-fruitcake. So with that, I wish you the Merriest of Moon Festivals and Happy Harvest Season!