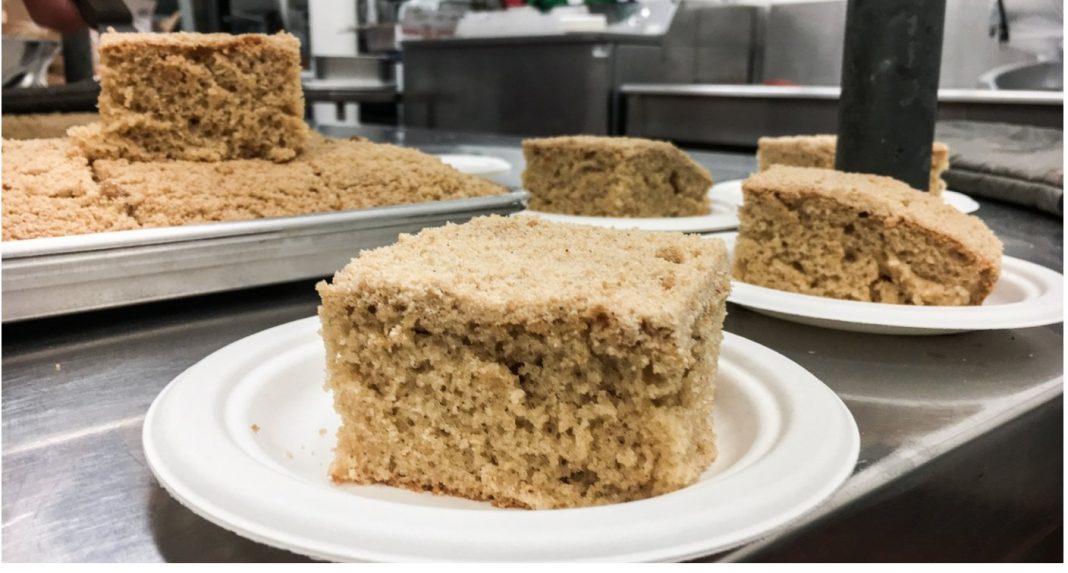 Kids won’t be heading back to school for the remainder of the year, but even in your quarantine you can at least get a little taste of a nostalgic favorite. This afternoon the L.A. Unified School District tweeted its official recipe for LAUSD coffee cake, baked in school kitchens since 1954 and which has a devoted following to this day, as chronicled by KCRW earlier this year.

A few ingredients on the original recipe card might seem a bit dated. According to cook Barbara Grinage, host of the YouTube series The Bare Pantry Show, who whipped up the coffee cake herself for an episode back in 2018, “baker’s flour” is what we now call “bread flour,” the unspecified brown sugar is probably dark brown sugar, and the “salad oil” is canola.

Combine first six ingredients. Mix until crumbly. Reserve 1/2 cup of the above for topping. To this, add the cinnamon. Combine last four ingredients and add to first mixture. Blend together but do not overmix.

Put in a greased nine-by-13-inch cake pan. Sprinkle the cinnamon crumb topping over the batter. Bake at 350 to 375 degrees for 25 to 30 minutes.

What to Stream This Weekend: ‘The United States vs. Billie Holiday’ and More