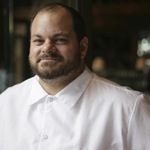 While the Cooking with Friends series will then go on hiatus for December, expect it to come back monthly starting in January with Jason Fullilove (LACMA). Other chefs that are also slated for future appearances: Ken Takayama (Mélisse), Chris Morningstar (Ray’s & Stark Bar), and Kevin Meehan (Kali Dining).