Home Food & Drink Lady & Larder Wants to Make You the Cheese Board of Your...

It’s not like Sarah Hendrix is trying to keep a lid on her business. But it’s not like she has a PR team, either. Which might be why, despite a pretty impressive Instagram following, you’ve never heard of Lady & Larder, Hendrix’s stunning custom cheese board operation. 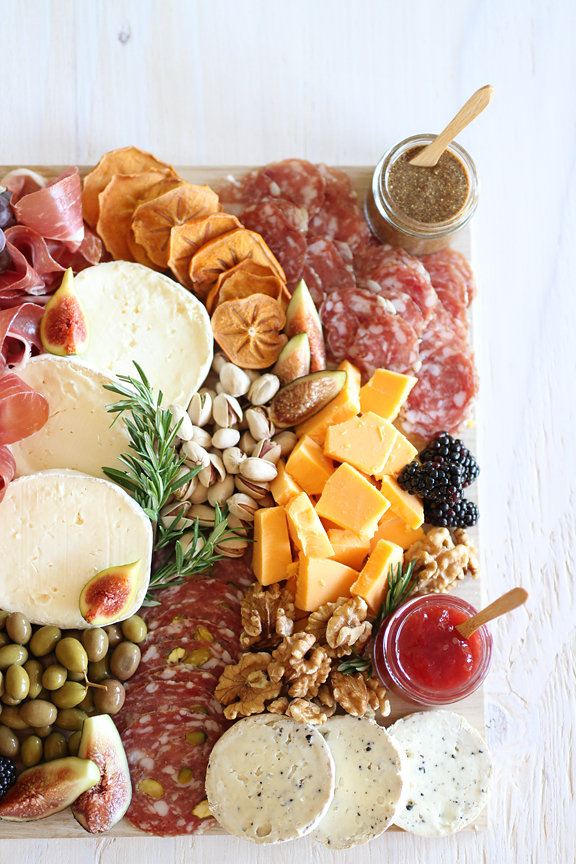 The thing about these cheese boards is that they are works of art—the kinds of things you’d expect to see at a party at Ina Garten’s house, maybe, except I’m not even sure if Ina Garten would be as deft with a cheese knife as Hendrix is (forgive me, Ina). Having come up as a private chef, Hendrix has been performing feats of meat-and-cheese wizardry for a decade, but it was only recently that she decided to make cheese-boarding a full-time gig. “The boards have always been part of my aesthetic,” she says. “But I’d have to go to six stores to make them. There wasn’t one place where I could get every single thing.” So she decided to become the middle (wo)man.

“Two and a half years ago, I was sitting down with my siblings over Christmas, and I said, ‘What if we just do this? Just cheese, offer delivery and accessibility?'” she says. She pulled the trigger on May 1, 2016; since then, her twin sister, Boo Simms, and their little brother, Matthew Simms, have joined the fray, the trio churning out boards crammed with American-made cheeses (Bellwether Farms, Cowgirl Creamery), meats (La Quercia prosciutto, Brooklyn Cured sweet soppressata), and accoutrements (Malibu Honey raw honey, Fillmore Farms walnuts, Mustard & Co. whole grain mustard). “We focused on being something where we bring all those ingredients to one place,” she says. “When you call us, you’re going to get the best. We’re so obsessed with sense of place, so everything comes from makers that are local or at least in the U.S.”

That Lady & Larder has turned into a family-run business is no surprise: Hedrix’s grandfather started the MGM commissary during World War II, and hers is the family behind South Bay eateries like the Kettle, Simmzy’s, and all of the Lazy Dog restaurants. “We have a huge restaurant family,” Hendrix says, “and we’re proud of where we come from. Now we get to wake up every day and do something that we love. The fact that we’re living that is still a ‘pinch me’ moment for us.”

For as long as it’s been in business, Lady & Larder has been an online company with delivery service, but starting today, orders can be placed and then picked up at a new brick and mortar space at 3759 Sawtelle Boulevard in Mar Vista (eventually, Hendrix plans to use the space for DIY workshops as well as a retail outfit for the farmers she uses). Boards are available in a variety of sizes and meat/fruit/cheese/crudité combinations and range in price from $20 for a mini-box to $300 for a board that serves up to 24 people. “It’s a full experience,” Hendrix says of each board. “That’s something that allows us to sleep at night: full confidence that everything we’re serving is good. It’s what makes waking up and getting back to the board worth it.”

This Italian Deli Is Totally Worth the Drive to San Gabriel