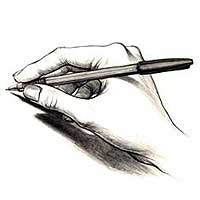 And we say hello back! Besha Rodell, the former food critic at Atlanta alt-weekly Creative Loafing, penned her first article for the LA Weekly today. Instead of reviewing a restaurant, however, she introduces herself—makes small talk, really. In her piece, Rodell tells us a bit about where she’s from (Australia, and then a smattering of U.S. cities), where she earned her chops (working in restaurants), how she plans to attack this city (as an unabashed outsider), and explains her review style (dining anonymously, multiple times, at restaurants open at least one month).

She doesn’t shy away from addressing what she calls the “elephant in the room:” the fact that she’s been asked to fill some pretty big shoes—those vacated by one Mr. Jonathan Gold. “I’m not Jonathan Gold,” she says. “Which is probably a good thing, seeing as there’s already a Jonathan Gold in L.A., writing the things that Jonathan Gold is so good at writing. Two of him would be redundant.”

So with that, we welcome Rodell and await her fresh perspective. From the way she describes a particularly pungent walnut in a Mozza salad—“unlike any walnut I’d tasted before: smoky, woodsy, with something close to a barnyard funk in the background”— we have a feeling she’ll fit in just fine. We’re all a bunch of nuts in this town, anyway.