Home Food & Drink Some L.A. Popeyes Are Reportedly Selling Out of Chicken Sandwiches 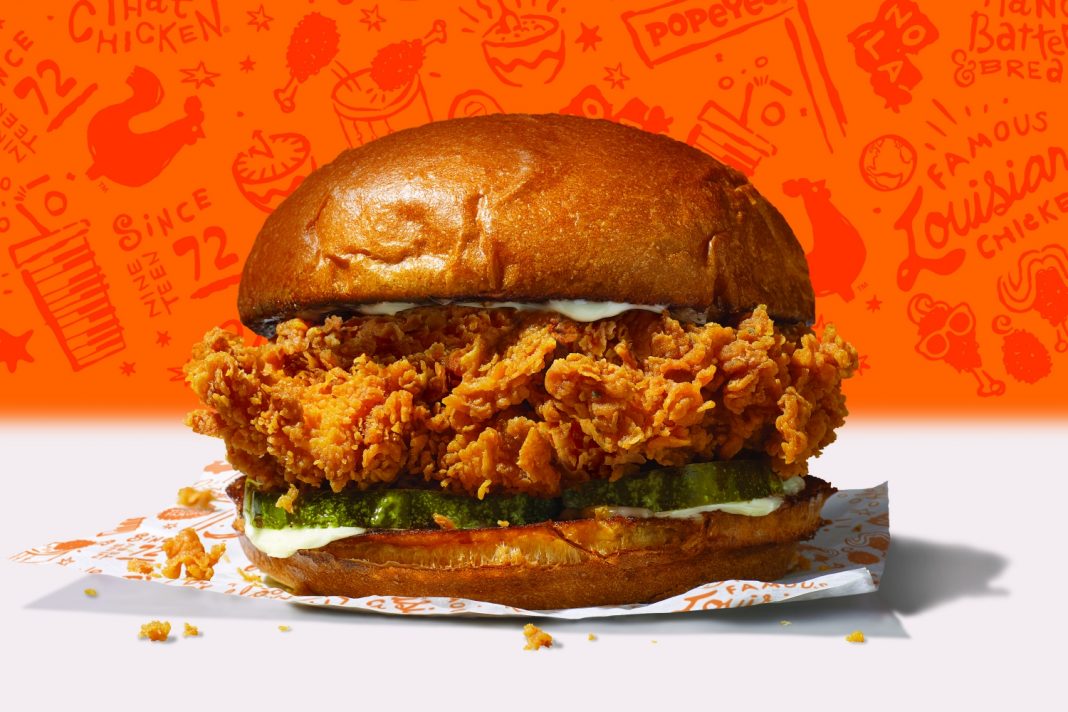 The great chicken sandwich debate that took over social media this week has apparently stirred up more hype than some L.A. Popeyes’ were prepared to handle. Locations of the Louisiana-style fast-food chain, which debuted its first-ever chicken sandwich last week, have been inundated with customers in search of the new menu item, with several establishments reportedly selling out of it.

Fueled by an ongoing Twitter discourse about whether the sandwich is better than those of fast-food rivals like Chick-Fil-A and Wendy’s, the frenzy has prompted some Angelenos to visit several locations just to get a taste. Jeannette Flores-Harshbarger, a local production coordinator, said that she hadn’t eaten Popeyes chicken in years, but traveled to three separate restaurants on Tuesday to get her hands on this sandwich’s buzzed-about brioche bun. “I sometimes get the apple pies, or a side of mac and cheese,” she said. “But with everyone talking about this chicken sandwich, I was like, hmm…”

After having no luck at the Hollywood or USC locations, Flores-Harshbarger finally found the sandwich being served in West Adams…but the restaurant was packed with around 50 people, with a wait time of an hour. “I asked them if I could pay for it and go to a doctor’s appointment and come back,” she said. “When I came back, the line was even longer, and people were really angry to see me pull up and just get my food—I think they thought I knew somebody there or something.”

A visit to the University Park Location on Tuesday night revealed a similarly chaotic scene, with cars clogging up the parking lot, patrons packing the restaurant, and folks cutting into a sprawling drive-thru line to get to the front faster. The wait took about 45 minutes.

Some Twitter users have expressed sympathy for the employees at Popeyes, who are without a doubt working extra hard this week. When reached out to for comment, a representative from Popeyes corporate declined to elaborate on how the company is responding to the situation, stating only that “The sandwich has been very well-received and we know our guests are enjoying it!”

In any case, the question still remains—is this sandwich actually worth the wait? For Flores-Harshbarger, the answer was yes. “I had the spicy chicken one and it was incredible,” she said. “It was really crispy, and the meat was really moist. The bun was better than any other chicken sandwich I’ve ever had. And it was cheap.”

If you want our opinion, we’d recommend skipping the line and placing an order with one of the two L.A. Popeyes locations listed on Postmates. Just be sure to give your delivery person a extra-generous tip.